I may not be quite ready to eat my previous prophetic words, but I did go grab the salt and pepper. Don’t get me wrong, I’m still willing to wager that uber-conservative Louisiana Rep Steve Scalise slides into the Majority Whip role, but a couple of things have gone Peter Roskam’s way.
The first is the ease with which California Republican Kevin McCarthy will move up to House Majority Leader. A late challenge from Idaho State Rep Raul Labrador notwithstanding, the pragmatic McCarthy has that one all sewn up. And he is a huge Roskam supporter. 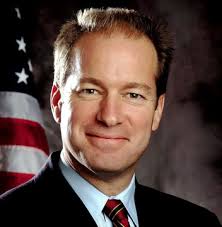 Then there’s the fact that the surprisingly sedate “imminent” Cantor conservative backlash also favors the more moderate Roskam.
And the Illinois Congressman has been helping his own cause too. If elected, he promised the Deputy Whip will, indeed, come from a bright red state and that may be just enough to get some of those GOP fence sitters to fall his way.
Larry and I tried to get Roskam on the radio show, but he has thus far avoided contact with all of the press which ain’t a bad idea when you’re campaigning for the third most powerful position in the House and the voters are your peers.
(Win or lose, we will continue our efforts to get the Congressman on the show.)
Please don’t forget! No matter what today’s GOP caucus may bring, once the mid-term elections are firmly behind us, the House leadership selection process starts all over again. And this time, the “true” conservatives will be out for blood.