Shit! There I said it. I may not be able to hurl the four letter epithets in a family newspaper, but, within the bounds of reason, I can certainly do it here.  And that pathetic excuse for journalism needs to go the way of the PDA.

At the behest of backers like Denny Hastert, Judy Bar Topinka, Jim Thompson, and Pat Brady, Ms. Eaton and Mr. LaComb, who’ve never had an original thought between them, are doing their best to keep State Treasurer Dan Rutherford out of the GOP gubernatorial race.

You see, the aforementioned group is keen on seeing that Kirk Dillard manages to separate himself from the current gaggle of likely GOP candidates. But now they’re getting nervous because Rutherford is getting all sorts of press as Mitt Romney’s Illinois campaign chair which they perceive as giving him a leg up.

Not only that, but should the Mittster pull it off in November, they know it will put Rutherford in the gubernatorial driver’s seat. So they’re staging a preemptive string on behalf of those rabid Dillard supporters. To wit, the Illinois Review is making statements like:

“So, let’s start with the obvious. Both Rutherford and (Aaron) Schock are not married. Rutherford is 57 years old and Schock is 31. Both have dedicated their adult professional lives to public service.” And “Rutherford was the sole Republican vote in favor of adding “sexual orientation” to the state’s non-discrimination statute. The vote caused a furor, and rumors about Rutherford’s sexuality really began to fly.”

And then there’s this one, “The questions are many. How can anyone really know what someone does behind closed doors? How does anyone know anyone’s particular sexual orientation? Can that orientation change if one pursues an immoral lifestyle? Is it any less wrong to be promiscuous with the opposite sex? Isn’t that perhaps the real question?”

Not only is it some of the most horrific writing I’ve ever borne witness to, but it’s downright despicable.

For the record, Rutherford has repeatedly denied being gay.  But even if he is, what the Illinois Review is attempting to do is beyond the pale and should not be tolerated.  I’d say they should be ashamed of themselves, but they have no shame.

This is what really goes on in Kane County.

Earlier this week County Board Member Deb Allen’s car broke down which meant she couldn’t make it to one of the myriad of committee/subcommittee meetings on time. Because they didn’t have a quorum, Chairman McConnaughay had to take a break from her busy schedule, which mostly includes spending as much of our money as she possibly can (2 mil this week alone!)  before she departs for Springfield where she’ll spend even more, and fill in at the meeting.

Now, before we continue, please let me stipulate that Deb Allen is one of the most polite, responsible and involved members on that board. I’d even go as far as saying she’s a delight.

When she finally made it to the meeting, the chairman tried to kill her with one fierce look and subsequently issued a memo asking board members to give staff reasonable notice if they aren’t going to make a meeting. Apparently she believes that people put car trouble in their daily planners.

Upon receipt of that memo, Sugar Grove County Board Member Melisa Taylor, a person after my own heart,  responded by essentially saying, “Hey! While we’re at it, how about starting county board meetings on time.”

As anyone who’s ever perched themselves in that Building A gallery already knows, the Chairman, who’s prone to grand entrances, is always 10 to 15 minutes late. She thinks nothing of holding everyone else up and would, indeed, be late to her own funeral.

Never one to miss an opportunity to kiss the chairman’s butt and take the bait, Cathy Hurlbut immediately fired off an email response calling Melissa out for her “snarky” comment which is utterly ironic considering it came from the queen of snark.

I hate to say it, but come November, I’m actually going to miss Ms. Hurlbut.  I wonder what job the chairman has planned for her?

I’m a little late on this one, but the 4th KC County Board District race is turning into a a bit of a soap opera.  What else is new, right?

Word on the street is Bonnie Kunkel didn’t bow out of that race to focus on her law practice as she said, but because she has her sights set on Christina Campos’ Aurora Township Supervisor position.  Ms. Campos is not very well regarded in some circles.

Two separate sources told me that Ms. Kunkel stepped down to give Aurora Attorney Brian Pollack a leg up in the county board race in return for his support in the Township Supervisor contest. There certainly did seem to be a mad rush of suddenly appointed Democratic PCs who summarily got Mr. Pollack on the ballot.

And now some of these new Democratic PCs are getting bounced because their addresses don’t add up.

I’m getting mixed reviews on Pollock, but almost anyone would be better than his opponent, former Tim Schmitt District Director Beth Goncher. She’s a real piece of work.

Former KC Chronicle editor Greg Rivara and I had  a lengthy debate on this topic, but my feeling is, if liquor licensees won’t give you respect, then you may as well turn to fear. And I wholeheartedly support St. Charles Mayor Don DeWitte doing just that.

After asking the bars to do a better job of policing themselves in regards to overserving patrons, there were 9 separate first weekend of August police calls in that regard, four of which resulted in arrests. So the Mayor is threatening to cut their hours back to a 1 a.m. closing time.

That oughtta get their attention! And it didn’t take a whole lot of city resources to do it either.

A big thanks to Paul Edwards for suggesting that I fill in for him and to Tim Elenz for letting Allen Skillicorn and I go crazy (in a fun way) on the radio yesterday. If anyone told me a Tea Partier and I would have so much in common I would’ve challenged them to a duel, but the truth is, Allen and I agree on so many things.

While I have you here, Allen is an East Dundee Trustee and not from Carpentersville as I previously stated.

And hold on to your horses! I might be back on the show next week.

But whether I’m on the show or not, it always pays to tune your radio to AM1410 every Tuesday afternoon from 3 to 4 p.m. for Left, Right and You.  It’s one of the few programs anywhere that showcases both sides of the issues and everyone laughs about the debate when we’re done.

You don’t wanna miss it folks!

Today on WRMN AM1410, from 3 to 4 p.m. on “Left, Right and You,” Tim Elenz, Allen Skillicorn and Jeff Ward.  Of course Tim is the regular co-host, Allen is the Tea Partier and Carpentersville village trustee, and I’m your favorite columnist.

The topics we just might tackle include Cook County Chairman Toni Preckwinkle’s thoughts on Ronald Reagan and the drug war, our out of whack prison population, and, if I have my way, the State of Illinois’ recent attempt to regulate online dating.

Call in if you can!

As we previously discussed, the Sandwich School District has implemented the equivalent of mandatory drug testing. If parents don’t give their consent, then their children will not be allowed to participate in any school sponsored event. 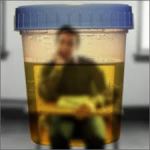 Meanwhile we all get crazy about a Geneva High School purse ban.

It’s all covered here in my Sunday Beacon-News column. But don’t be foolish enough to think this 6th Amendment abrogation ends here because it never does.  Soon they’ll be coming for you!

I can’t believe no one’s picked up on this!

When Katrina hit, all sorts of right wing Republican wing nuts claimed that atmospheric disturbance was the result of this country’s tolerance for gays as well as the general loose morals of the folks who inhabit the Big Easy. When the earthquake hit Haiti in 2010, they said it was because that country previously made a pact with the devil.

Why is it that the Big Guy never seems to be terribly concerned with all the collateral damage?

So now that Hurricane Isaac has shut down the Tampa Republican Convention, it can mean only one thing – God is reining retribution down on Republicans. Can I get an “Amen brother!”

Repent all you Republicans before it’s too late!

Though we’ll never agree on the true definition of the term “nanny state,” the state of Illinois is bound and determined to make it happen because now they’re trying to regulate online dating.

Yesterday, Governor Quinn signed a bill into law which forces Internet dating sites to alert Illinois users as to whether they perform criminal background checks on their lovesick members. If they do, but let convicted folks participate anyway, then they have to warn users those checks aren’t foolproof.

Of course, the law was sponsored by a State Rep. Michelle Mussman, a Schaumburg Democrat, who apparently believes no one ever uses and online alias!

Please tell there isn’t one single person out there who fails to comprehend that Match.com is the ultimate crap shoot. C’mon! It’s the quintessential Gumpian box of chocolates where you really never know what you’re gonna get. And a criminal record might be the least of your worries. 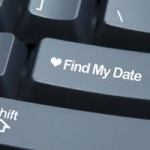 According to Online Dating Magazine, 30 percent of folks who sign up are already married or in a committed relationship. And as Cheap Trick so presciently sang, “Stay away you never what you’ll catch!”

Join a health club, become a member of a local church, or take a class – anything, but going online to meet your future spouse.

If you really could legislate stupid out of existence I’d start with Springfield.

More on this in the Beacon or Courier-News next week.

Yesterday the County Board basically agreed to rework and clarify the ordinance that stipulates exactly who can pass out raises to county department heads and the like. And it ain’t gonna be the chairman! She continues to flap her gums about the need to be competitive while paying prosecutors next to nothing and how she eliminated a plethora of positions in the raise process.

Then tell me why it took three people to replace Larry Briggs in purchasing, one of them being McConnaughay lackey and S. Elgin Mayor Jim Hansen. No conflict of interest there!

But here’s the thing. Though board member Hollie Lindgren chided Jim MacRunnels for failing to come to the board with his concerns first before he filed the lawsuit that brought this to a head, that ain’t the way it works. One citizen can stand there before that board and complaine until they’re blue in the face, but absolutely nothing will happen.

The truth is, this all started with former Beacon-News reporter Dan Campana who took the time to FOIA that financial information and compile the totality of what those McConnaughay raises meant.  Then, with his research in hand and a bit of looking into the county code, it was this columnist who broke the news that they were likely illegal.

Then the board suddenly took note. So now this pension bumping stupidity, which will cost KC taxpayers $20,000,000 over the course of those staffers’ lifetimes, won’t happen again.

I know it’s fashionable for low IQ folks like Sarah Palin to bash the “lamestream media,” but without newspapers and their capable reporters, this story never sees the light of day. Karen McConnaughay wouldn’t have fled to Springfield either. Without Dan Campana’s had work Chairman McConnaughay would’ve gotten away with more – much more!

You wanna pay less taxes? Then buy a newspaper!

The First Ward
Blog at WordPress.com.