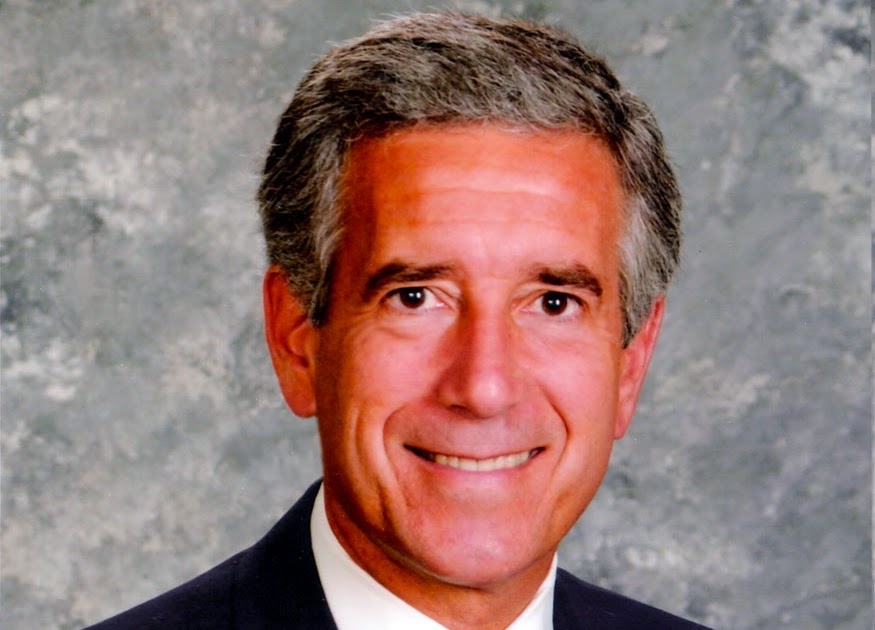 On ye of little faith!

So, you bleeps actually had the nerve to believe that Kane County Chairman Chris Lauzen would give the Daily Herald a real story? Worse yet, you thought he’d grant it to Jim Fuller, the most biased reporter in all of Illinois?

Yeah right! And I’m goin’ on a date with former Chairman Karen McConnaughay next weekend, too! Oh, holy crap! Simply typing that sentence scared the bejesus out of me. Let’s not do that again!

Meanwhile, despite all you doubters, I’ve stuck by the same story I formally put forth just after all that 2020 nominating paperwork was submitted, and almost a full two months after the fact, the DH finally catches on? Fuller may not be the brightest bulb in the pack, but even he must realize that when Lauzen recently said his third term is “up in the air,” it means he ain’t runnin’!

And it was pretty obvious because it’s been a brilliant political strategy right from the start!

First, the specter of another lop-sided Lauzen victory kept the usual Republican reprobates like County Board members Mike Kenyon and Mark Davoust out of the primary. Despite accomplishing absolutely nothing throughout a series of multiple terms, those two self-entitled slackers somehow think they’re prime chairmanship material.

Second, it staved off the possibility of a far more worthy Democrat entering the fray for the very same reason – they knew they couldn’t win. Now, with all the cards on the table, Lauzen and Rickert know that Democratic challengers Greg Ellsbree and Corinne Pierog, don’t have a shot in hell.

As I’ve been saying all along will announce his retirement from active politics right before the January 15 ballot withdrawal deadline leaving Rickert with an open field. And I’m eminently willing to take four-figure bets from any reader who doesn’t share my keen perception of the obvious.

Come to think of it, what’s Jim Fuller’s cellphone number? I bet I could take him for five figures!

I got your ethics violation right here!

While I’m certainly loathe to interrupt Bill and Ted’s excellent ethical Elgin adventure, I fervently feel it’s my civic duty to point out that “political activists,” Jose Bosque and Anthony Ortiz, managed to miss the biggest moral lapse of all.

Oh! And if you’re wondering what I meant by “political activists,” that would be the two Elgin men who clearly have too much time on their hands.

Unlike the disingenuous complaints Bosque and Ortiz filed against Elgin City Councilmen Terry Gavin and Rose Martinez, this one has some statutory teeth, too! You see, despite being two long weeks after the 2019 deadline, Elgin City Councilman Baldemar Lopez still hasn’t to filed his annual Economic Interest Statement.

Why, I diligently checked the Kane County Clerk’s EIS portal to discover only the following publicly employed Elgin Lopezes had complied:

but there was nary a Baldemar in sight, and it’s kind of a hard name to miss, too. And the fact that I magnanimously warned our intrepid alderman of the impending due date in early December makes this scurrilously delinquent act that much worse!

Now, before you get too terribly excited about it, as it stands right now, the penalty for failing to file a timely EIS is a mere 15 bucks. But after May 1, the State gets a wee bit more serious by exacting a $100 a day surcharge.

And we all know why Lopez hasn’t submitted the form, now don’t we? The First Ward caught our Springfield lobbyist in three separate 2018 EIS lies, and if he doesn’t bother to answer the same 2019 questions, then he won’t have to resort to deceit again, will he?

The only other option is to admit he’s a lobbyist – in print.

So, Wayne and Garth… I mean Jose and Anthony! Since I’m convinced you don’t want your six Facebook followers to start thinking you’re nothing more that a couple of hypocritical blowhards, I’m sure you’ll be filing another ethics complaint against Lopez later this week.

I can hardly wait!

Apparently, it does happen on rare occasion! And since I infinitely bitch about that morass at Route 38 and Peck Road, it would be more than disingenuous for me not to report a scenario that turned out exactly as it should have.

Though when you think about it, the fact that I feel an obligation to note when normalcy reins is a clear indication of just how rare that condition is at the judicial center.

On October 17, we covered the errant behavior of the daughter of the already-incarcerated Geneva doctor who was on trial for sexual assault. That conduct included nodding at the jury, verbally confronting the victim in the hallway, and asking prosecutor Greg Sams if he was “nervous.”

Again, it’s not the kind court comportment I’d generally recommend, but compared to what I’ve seen and heard over the last 13 years, it’s beyond benign.

To wit, I watched a woman go after her exe’s new flame with such zeal she was remanded to a jail cell. I’ve seen defendant’s families lash out at felony Judges in such a manner that it makes me look like a member of the English Royal Family. And I’ve been regaled with tales of various items being flung at judges such that they had to duck.

But instead of simply chalking it up to the stress of watching her father be convicted again, due to a particularly dire anatomical deficiency, Sams just had to make a big deal out of it by complaining to Judge John Barsanti. Apparently, it isn’t enough for some ASAs to wield the full power of the people with all of the associated resources that go along with it.

So, former Kane County State’s Attorney Barsanti, never failing to forget about those prosecutorial roots, went along with Sams’ hissy fit by finding her in contempt of court, which is the moral equivalent of trying to kill a mosquito with an M114 155-millimeter howitzer.

But then, intent on being her own worst enemy, this woman failed to show up for the contempt hearing, and we all know that when you ignore the men and women in the black dress, bad things tend to happen.

That said, as previously stipulated, this story does have a happy ending. Our wayward daughter finally managed to make it to court where she read a letter of apology to Judge David Kliment who appropriately admonished her and sent her on her way. Problem solved!

“But Jeff! How the heck did she wind up in front of Kliment?”

Oh! That’s easy! In an effort to resolve what this journalist believed to be an utterly unnecessary complication, I privately reached out to Judge Barsanti to suggest the current equitable outcome. Though I certainly wouldn’t consider it an “ex partee” communication because I got no response and I had no dog in the hunt, apparently that was enough to throw it into another courtroom, which, in the end, really wasn’t a bad idea.

Oh! And that reminds me! If I ever contact you covertly to settle a situation, my suggestion would be that thank your lucky stars and be grateful enough to respond to a perk that I rarely offer anymore. Just a thought!

But to be fair, the folks involved do deserve credit for standing down.

Holy crap! I got two more stories to go and I’m already at almost 1,200 words. When did I get this freakin’ long winded? We’ll have to continue this conversation tomorrow!