I do have a tendency to chide my journalistic brethren and sistren for harboring a vast capacity to dish it out, but absolutely none to take it. To wit, being semi-regularly confronted in public by the mediocre-at-best Daily Herald reporters I’ve correctly criticized is always a fascinating proposition.

But the sad truth is, the most severe cases of snowflake-itis generally occur among the assistant state’s attorneys (ASAs) in the Kane County State’s Attorney’s Office. You’d think those charged with putting people in jail through an adversarial legal system would be able to deflect even the most pernicious verbal shot without breaking a sweat.

But no! Our most recent example of this abject fragility comes at the hands of ASA Greg Sams, who just wrapped up a reasonably successful prosecution of Geneva Dr. Mark Lewis.

For background purposes, the aforementioned MD was recently convicted of criminal sexual assault, a class one felony. Considering the strange combination of Clonazepam, Demerol and alcohol in the victim’s system, I can’t believe the defendant opted for a jury trial. And sure enough, those jurors deliberated less than an hour before rendering their verdict.

But we can’t have possibly have a happy ending in the Kane County judicial center, can we? There always has to be some dysfunction twist, doesn’t there?

Yes! The doctor’s daughter certainly did not acquit herself well during the trial. She nodded at the jury during her father’s testimony, she spoke with the victim outside the courtroom, and then she asked ASA Sams if he was nervous in that same third-floor hallway. When Sams replied he wasn’t, she added, “You sure look nervous.”

While it’s not the kind of court comportment I’d recommend, compared to what I’ve witnessed and heard over the last 13 years, it’s generally benign. I’ve seen a woman go after her exe’s new paramour to the point where she had to be put in a cell. Judges have regaled me with tales of various items being thrown at them, very specific threats made against them, and courtroom tirades that would curl your toenails.

But because they generally understand the often-desperate nature of the proceedings, most judges just take it in stride. So, Judge John Barsanti simply admonished the daughter for her errant ways and that should’ve been the end of it.

But no! Apparently as a result of the hallway encounter and an incredibly fragile ego, Sams just had to file a contempt complaint and Barsanti signed off on it. According to a number of former ASAs, Sams thin skin confers an utter inability any perceived slight go.

Had the daughter simply shown up to court, Barsanti would’ve done nothing more than scold her again and send her on her way. But she didn’t show up which was an incredibly stupid move. Since the court can’t ignore that kind of flagrant transgression, Barsanti had no choice but to issue a warrant for her arrest.

All I can say is, this is your Kane County State’s Attorney hard at work people!

They love to turn mole hills into mountains and, by doing so, waste an inordinate amount of their time, and your tax dollars. Now the St. Charles Police have to find and arrest this woman and she’ll spend a couple of days in the Kane County jail as a guest of the Kane County taxpayer as a result. And then there’s the absurd waste of a number of court and jail employees’ time, too.

And it’s all because one imperious ASA couldn’t let a stupid and generally innocuous comment go.

Bill Engerman a judge? No way!

Now, I know he’s put his name in for judge, but so have dozens of other Kane County attorneys. Who wouldn’t want a $200,000 a year gig where you can sneak out at 1 p.m. on a regular basis? But there is a rumor that Engerman and former 16th Circuit judge and current Republican State’s Attorney candidate Bob Spence made a deal.

Purportedly, if Engerman gave up on his quest for the GOP state’s attorney nomination, Spence would help him be appointed judge. It’s not a far-fetched possibility as many candidates offer quid pro quos to avoid the hassle of a primary opponent.

To be fair, this is probably just a rumor because Spence ain’t the deal makin’ type and I don’t believe he doesn’t have the clout to pull it off. Since previously writing about him, I’ve learned he burned quite a few bridges during his time as a prosecutor by filing all sorts of Judicial Inquiry Board and ARDC complaints against his peers. Though I have to give him a boatload of credit for being willing to call out his compatriots, those kinds of actions tend to have far-reaching equal and opposite reactions.

But I’ve made this mistake before. Having previously dismissed similar gossip only to later learn it was dead on, I want to remind those full circuit judges – the ones who appoint the associate judges – exactly what kind of candidate they’re dealing with.

So, Engerman became a member of the “Welcoming Committee,” a group of male KCSAO prosecutors who raced to “date” newest female ASA hires. When he was made Chief Felony Prosecutor, he used that power to berate female ASAs to the point where many of them quit. They have a nickname for him, too – “Angry Man.”

Since Engerman clearly isn’t judicial material on any number of levels, I would hope those same circuit judges understand this potential appointment would reflect very poorly on them for quite some time. Let’s hope that common sense prevails in this regard.

To the anonymous snail mailer concerned with our Public Defender

Normally, I don’t give an anonymous anything a second thought! If you aren’t willing to put your name on it, then it ain’t worth the paper upon which it’s printed.

Not only that, but most of my anonymous snail mail comes from a disgraced former Kane County Chronicle “columnist” who’s bizarrely infatuated and obsessed with me. Why can’t it be beautiful female journalists (Please call me Brooke Baldwin!) instead of absurdly angry old white men?

But considering this is a case of particular interest to me, I’ll make an exception and will respond.

I couldn’t agree more that having a Public Defender who spends no time in the office and refuses to take any cases is beyond problematic. And it’s particularly problematic when the average PD can barely keep up with their crushing caseloads. 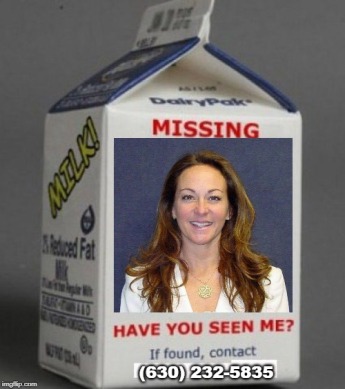 And yes! Considering those circumstances, it is also incomprehensible that those 16th Circuit judges – the ones who can vote her out at any time – continue to allow her “serve.”

But we do have to give “the system” a change to work it out first. We have a new Chief Judge, Clint Hull, which would make it patently unfair to excoriate him for something like this before he takes office December first. He’s barely had a chance to take a deep breath, much less survey the enormity of the task before him.

That said, rest assured dear anonymous reader, yours truly and a number of other erstwhile individuals are equally as fed up with this and we’re working on this resolving this issue behind the scenes – for now. We know we desperately need a new Public Defender and since Brenda Willett is already doing an excellent job filling in for the eternally absent Kelli Childress, she’s certainly earned a shot at the job.

Let’s hope those same judges act as swiftly and as reasonably possible in this regard.