I was having a fascinating New Year’s Day conversation with a political friend when I asked him this semi-rhetorical philosophical question,“Why does death seem to absolve us of all our sins?”

It’s certainly a long way to go to rehabilitate your image, but it is amazing just how well it works. Even the most reviled politician suddenly swims in a sea of virtue upon their passing whether the accolades are from the press or their former detractors.

It’s as if we have a collective superstition about what the dead might do if we dared to speak ill of them. Or perhaps it’s our fervent wish to enjoy the same kind of moral reconstruction upon our own expiration that makes us willing to rewrite history.

Take George Herbert Walker Bush. From all the laurel wreaths, you’d have thought Mother Theresa managed to perish again. But the truth is, our 41st President was such an unmitigated  disaster that his own party abandoned him. He will forever sit among the failed one-term presidential likes of Jimmy Carter, Gerald Ford, and Herbert Hoover.

And we have a similar scenario playing out here with the passing of former Aurora Mayor Tom Weisner. From the vast praise and immense acclaim from the press and local politicians, you’d think he was a candidate for Catholic canonization, not simply a mayor who fell far short of the ideal. 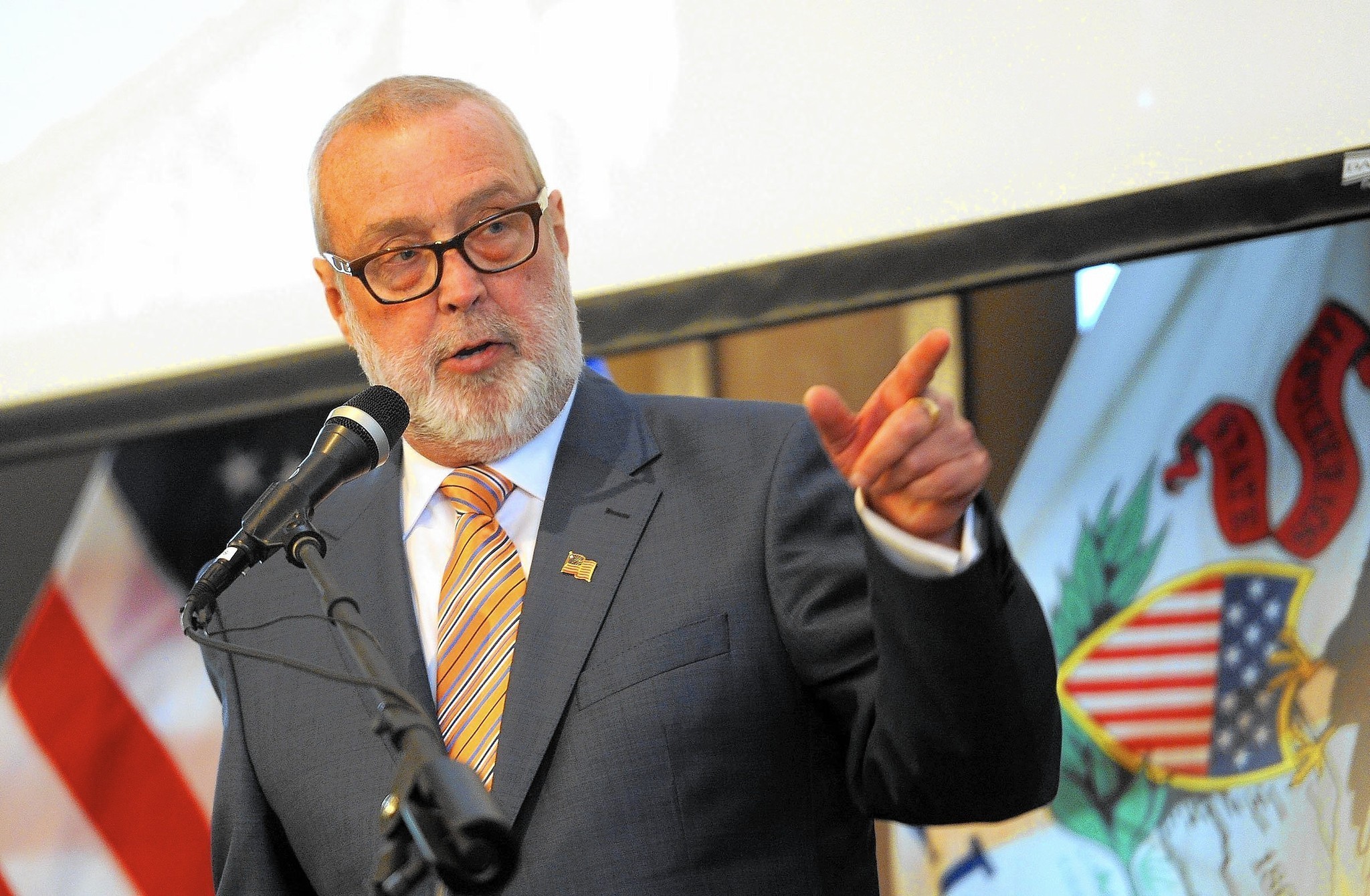 Before we continue, let me be clear that Tom wasn’t a bad guy, he certainly was no worse than many of the local politicians I’ve covered, and I truly feel for those folks who are mourning the loss of a husband, father and friend.

This isn’t something personal, either. Even at the Aurora Beacon-News, I barely wrote about the man and most of it was positive or incidental. We had no more than ten conversations in 11 years and those abruptly ended when I became part of Richard Irvin’s 2017 mayoral campaign team.

The truth is, Weisner was a mediocre mayor whose “accomplishments” were greatly magnified by Aurora’s descent into that 90’s abyss. That doesn’t mean he doesn’t deserve some credit for pulling the City of Light back from that precipice, but there was nowhere to go but up.

Weisner most often gets credit for Aurora’s descending crime rate, and while his leadership played a role, that decline boils down adopting the community policing standards that had already succeeded in a slew of other medium-sized cities, hiring police chiefs who could pull it off, and an effective partnership between the Aurora Police Department and Kane County State’s Attorney’s Office.

While Cook County was errantly prosecuting gang leaders, the APD and KCSAO were smart enough to go after the rank and file sending violent crimes plummeting. But not only has this violent crime decline been a national trend, but Naperville’s crime index is 2.3 times lower than Aurora’s.

Before you cite the obvious demographical differences, with its identical ethnic breakdown, Elgin boasts a 17 percent lower crime index than Aurora. Give APD Chief Kristan Ziman a little more time and Aurora will be more than competitive in this regard and Weisner deserves credit is for getting behind that atypical chief choice.

The former mayor did do a great job with the arts. The Paramount is a gem, the downtown summer concerts are a lot of fun, and he was the moving force behind River Edge Park, which will do even better with reserved seating.

Weisner liked to say his favorite accomplishment was improving Aurora’s decaying infrastructure, and there is something to be said for that. But the Paramount, River Edge and those internal improvements never translated into the kind of economic growth the former Mayor thought they would, and that was his biggest failure.

Given Aurora’s location, diversity and tumbling crime rate, there’s no reason that city shouldn’t have become something along the lines of what Naperville’s become. But unlike the late Naperville Mayor George Pradel, Weisner didn’t have the vision, foresight, or capacity to play well with others necessary to make that kind of thing happen.

Again, comparing a drive through Aurora’s depressed downtown to a cruise through Elgin’s resurgent business district is no comparison. I hope Mayor Richard Irvin is up to that challenge because, as I’ve previously contended, if Elgin can do it…

Not only has Aurora been inexplicably unable to attract the big employers, but they lost their Caterpillar crown jewel to Decatur. That means that city’s biggest businesses now are:

With all Aurora has to offer, there’s no excuse for four government entities and three medical concerns leading that list.

A great part of that problem is, Weisner didn’t just love being mayor, he was in love with being mayor. Add no private sector job experience to that kind of entitlement mentality and it’s always a dangerous proposition.

When I say that’s “dangerous,” I mean it was incredibly easy to get on the former Mayor’s naughty list. And once you were on his bad side, there was no form of rehabilitation that could bring you back. Either you were 100 percent for Tom, or you were against him – end of story. Even a 99.5 percent fealty rate wasn’t enough, and that kind of dismissive quality never bodes well for any mayor anywhere.

The press also lauded Weisner for his “public service,” but he was paid very well as an Aurora staffer as well as mayor. Compare his 140 grand salary with a Cadillac benefits package to the $20,000 a year Elgin Mayor Dave Kaptain makes.

But what truly tarnished his legacy, or perhaps even destroyed it, was the bizarre letter he authored excoriating Alderman Richard Irvin at the end of the contentious 2017 mayoral race. I’m not going to cover all of his inexcusable accusations in that missive made public by the Rick Guzman campaign (a huge mistake) because they don’t bear repeating.

But going after Irvin for being a defense attorney to the point of accusing him of “plying the trade of plea-bargaining to put gangbangers and other violent offenders back on our streets as quickly as possible,” was way beyond the pale and downright racist.

You know I don’t play the race card very often, but I’ve never witnessed that kind of uncalled for attack from a politician of Weisner’s stature. But that’s exactly who Tom Weisner was, and that’s why he never really succeeded as mayor. Irvin wasn’t his handpicked heir and that infuriated him to the point where he finally let us see the person behind all those smiles and handshakes.

Please don’t get me wrong! I have and will continue to harbor a vast affinity for Illinois’ second largest city. It’s just that you can’t rise to a challenge unless you first understand that challenge. So, go ahead and call me a cad, a reprobate, or whatever else you manage to come up with, but I refuse to rewrite history, and I expect the same – or likely worse – when my time comes.

In the end, Tom Weisner wasn’t the worst mayor, but he wasn’t nearly the best, either.

3 thoughts on “Quick Hits – Why does death absolve us?”