Because they shoot themselves in the foot with such uncanny regularity.

A month ago I warned Republicans that Mitch McConnell’s plan to block any Obama Supreme Court nominee would backfire. Without Antonin Scalia taking up space, the court would simply become liberal by default. 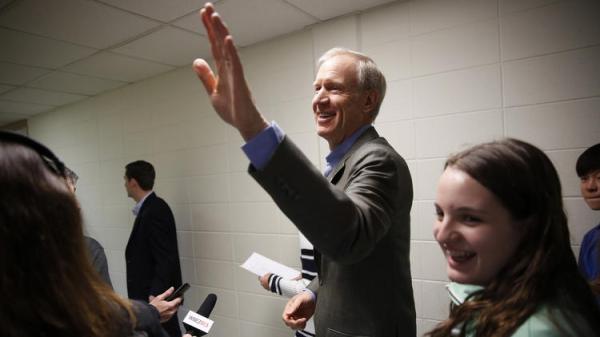 And sure enough! Via a four-four tie, that hallowed body just upheld the notion that unions can collect dues from non-union workers who benefit from their efforts. Please don’t try and tell me  Obama nominee Merrick Garland would’ve automatically sided with the liberals because he’s widely known as a moderate.

The truth is, had they approved Garland, they’d certainly be better off than they are right now!

As a result of this ruling, Governor Rauner’s Turnaround agenda, which has failed to gain any ground whatsoever, is now losing it! Freeing non-union Illinois workers from the Unions’ grasp was his only political victory and now that gone too!

Rauner quickly described the SCOTUS ruling as “tragic,” but what’s even more tragic is the GOP did their best to ensure that it happened, and in turn, makes Bruce Rauner more irrelevant every day.

The calls the police really fear

While Elgin City Councilman John Prigge fans the gunshot fear flames and my good friend Holly Mack fervently believes the local Muslim population will rise up tomorrow, if you ask any police officer about the scenario they fear most, without hesitation, they’ll reply, “A domestic violence call.”

One or both of the participants are typical drunk, nothing gets the emotions going like a spousal/family dispute and, as a result, the capacity to carefully consider potential consequences goes right out the window. 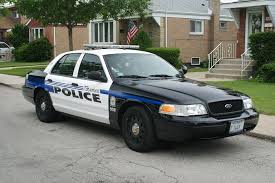 Case in point! On March 29, while simply exiting his patrol car at the scene, a Bartlett officer was punched and kicked by a DV perp, who shrugged off both the Taser and pepper spray. It took a second officer’s Taser to finally bring him down.

According to the FBI, one-third of all officer assaults occur place at domestic violence calls – almost double that of any other 911 call. I’ve heard officers say they’d rather respond to a barroom brawl because they know what to expect there.

My point is, we too often succumb to the fear of some nebulous unknown when the real danger is almost always our fellow citizens.

So, of course I’m happy the Teachers voted 870 to 434 to ratify their new three year deal, but not just for my wife, for all of the district’s dedicated educators.

You see, a side effect of my bride’s broken hip is, I’ve gotten to meet quite a few East Aurora teachers. And they really are a great group of men and women who truly care about their mostly minority charges. Some of ‘em even come from as far away as Chicago to teach in the district.

The Board still has to approve the contract, but that’s a formality.

And after the Board resolves a couple of pending major personnel issues, I’ll be more than happy to better describe the genesis of this near-strike. But for now, let’s enjoy the fact that D131 teachers and students will remain in the classroom where they belong.

Fermilab should’ve been shut down years ago

The fact that the Italian Prime Minister is the most important person to visit the facility in years speaks volumes. It’s not even worth mentioning his name because, given the country’s penchant for political change, by the time he gets home, they’ll already have a new one!

Don’t get me wrong, there was a time when the Tevatron was the most powerful particle accelerator on the planet, but CERN surpassed it long ago.

The problem is, like humans, every entity – and especially the political ones – develops a survival instinct. So despite the fact that a more modern facility would serve the scientific community exponentially better (especially in the pursuit of neutrinos and dark energy), Fermilab’s clout keeps those federal dollars coming in long after they’ve outlived their usefulness.

To wit, that ne’er–do-well Congressman, Randy Hultgren, who blindly attacks any worthwhile Federal expenditure, suddenly makes an exception for our friends at Fermilab.

So let’s shut it down so something better can rise out of those ashes.