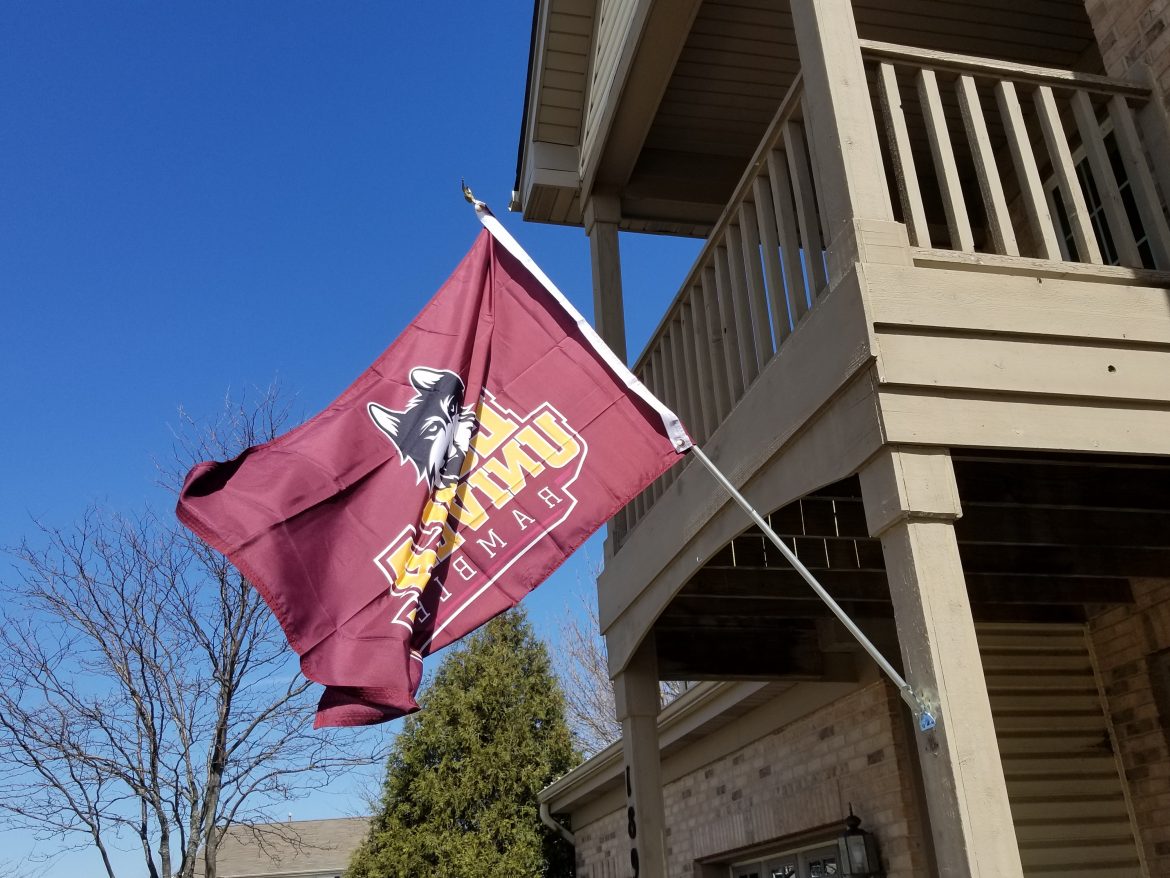 I thought we’d start off with something positive because the rest of Quick Hits ain’t gonna be positive today.

To wit, as I roamed my Tri-Cities universe this morning, upon spotting my Loyola University sweatshirt, at least six separate people said something to the effect of “Go Ramblers!,” to which I replied, “Class of ’85!”

Considering that folks typically wave at me with just one finger and/or explain just how much they “love” me and my prose, rallying around the Ramblers is a whole lot more fun.

In this beyond fractured country, it’s immensely heartening to see a small Chicago Jesuit college bring so many people together around a common theme. I know those good feelings won’t last forever – much less beyond March – but I’m certainly going to enjoy it while I can!

I’d encourage the rest of you to do the same. Go Ramblers!

A number of sources recently reached out to tell me that anyone even remotely perceived to be a part of our groping prosecutor’s downfall is not faring too well at the KCSAO these days.

Since State’s Attorney Joe McMahon only pays attention to his next career move, the bulk of that retaliation is coming at the hands of Chief Felony Prosecutor Bill Engerman, who’s been quoted as repeatedly saying, “I’m really sad to see (sexually harassing prosecutor) go.”

This certainly comes as no surprise to me. Should you happen to come across Engerman prosecuting a felony defendant in the Judicial Center, I’d encourage you to ask him why he no longer toils for the DeKalb County State’s Attorney. You’ll find his answer quite fascinating.

Birds of a feather, right? A new source said that at least six staffers quit because of this prosecutor’s utterly objectionable behavior.

Meanwhile, I’m enmeshed in the process of appealing the KCSAO’s Freedom of Information Request denial, which, as you know, included 292 blank pages of complaints against our departed prosecutor. It’s what we journalists call a smoking gun.

That FOIA appeal process will take some time, but there are other far more expeditious means of acquiring those formal complaints. I promise I’ll keep you posted because this story isn’t nearly over.

It’s truly sad that you can’t walk into a Kane County felony courtroom and tell the good guys from the bad guys. Personally, I’d rather hang with the folks in the county jail, than have to deal with Joe McMahon or his minions – on any level.

This is total BS!

Just when I thought the Tribune and their satellite newspapers might have some minor redeeming qualities, they go out of their way to prove me wrong.

But before I continue, please allow me to point out that, not only did the FBI and ATF firmly believe I was the Unabomber for the better part of 20 years, but the Geneva Police have arrested me five times for four offenses – none of which led to any kind of conviction.

And the GPD continues their incessant harassment by slowly driving through my cul-de-sac multiple times a day (they didn’t bother to do that when my pickup truck was firebombed), encouraging neighborhood teenagers to come after my family, and trying to entrap me into another disorderly conduct charge.

Please don’t get me wrong, minorities have it far worse than I do, but I’m still waiting for that white privilege to kick in. My point is, I have more than enough reason to grind that law enforcement ax.

Please consider that as you read on.

If you’ve availed yourself of today’s (3/28) Elgin Courier-News Web version, the headline screams, “Elgin cop who fatally shot woman has been target of complaints but cleared of wrongdoing.” That’s a lot like saying “We think John Smith is a sexual predator, but we’re not sure.” Nobody is going to get past the first half of either sentence.

First, the officer hasn’t been a target of anything. Anyone can file a complaint against any officer for any reason – and the reporter who wrote that piece knows it – as does the editor who wrote that headline. That’s why body cameras are becoming so fashionable.

Second, if a former gang unit officer doesn’t get six complaints in 20 years in a city the size of Elgin, they’re probably not doing their job. And everyone at the Courier-News knows that one non-sustainable complaint every 3.3 years is NOT a story. But it didn’t stop them from running it, now did it!

This headline article was a hatchet job from start to finish. It has no redeeming or journalistic qualities whatsoever. This shoddy and sensationalized piece’s sole intent was to sell newspapers without any regard for the passions it will inevitably inflame.

A number of readers and friends have encouraged me to weigh in on the DeCynthia Clements shooting, but until and unless I can make the situation better – something I can’t do right now – I’m going to let the Illinois State Police do their job and complete the investigation.

And I want to compliment all sides of this sad Elgin story for letting cooler heads prevail. The truth will come out.

It’s too bad I can’t say the same thing for the Tribune, the Courier-News and this reporter. They should all be ashamed of themselves.