And the whining continues!

I told him to turn the comments off, but no! U-46 CEO Tony Sanders just wouldn’t listen and now we have to endure all that parental Facebook whining regarding the fact that it actually gets cold in Chicago in January.

If the District closed every time the mercury dipped below zero, that would mean an average 8.2 makeup days per school year. And every parent and student that’s been bitching about having to go to school today would bitch about U-46 destroying their vacation plans.

If the district closed schools on any day with a high of 10 degrees or less, that would mean 22 missed school days, of which they’d have to tack on 10 at the end of the year. Add that to an average of 4 snow days a season and your delicate little darlings would miss a half-a-month of class time.

If you consider their recent illiterate Facebook musings, they clearly need all the schooling they can get!

But since that evidence won’t be nearly enough to convince these prima donna parents to stop whining, please tell me who put the gun to your head and forced you to live in that tundra known as the Midwest? I promise I’ll bring them to justice.

And while we’re at it, you may as well let me know who forced you to have children, too, because I’ll deal with them as well!

C’mon! When did whining surpass baseball as our national pastime? Lest you think I’ve been sitting on my bony white ass in my balmy home office all morning, as one reader insinuated on Wednesday, I’ve already walked the doggies a mile, clearly surviving those -10 temps without a problem.

Children, by their eminently insidious nature invite sacrifice. So, drive your child to the bus stop and let them sit in the car until it gets there. Since, you’re already there, invite any other students into your car to stay warm.

And it’s not like these temperatures were a surprise. We’ve known about them for a week. There was plenty of time to arrange the kind of carpools that would dispatch any number of students safely to school. Sure, it takes a little effort, but you will discover that extreme weather conditions tend to bring people together, and that kind of perseverance in the face of adversity is a great lesson for our children.

But teaching them to whine and wimp out at every possible turn is not!

MAGA = not a Christian

Much to the chagrin of my conservative counterparts, I’m just gonna keep on saying it. Some things are mutually exclusive.

You can’t be tall and short. It’s impossible to be alive and dead (no Schrodinger’s Cat analogies please), no true Chicagoan can be both a Cubs and a Sox fan, and you cannot support Donald Trump and be a Christian – end of story! Before you hit the “send” button again, I did not set that standard, I’m simply applying it. 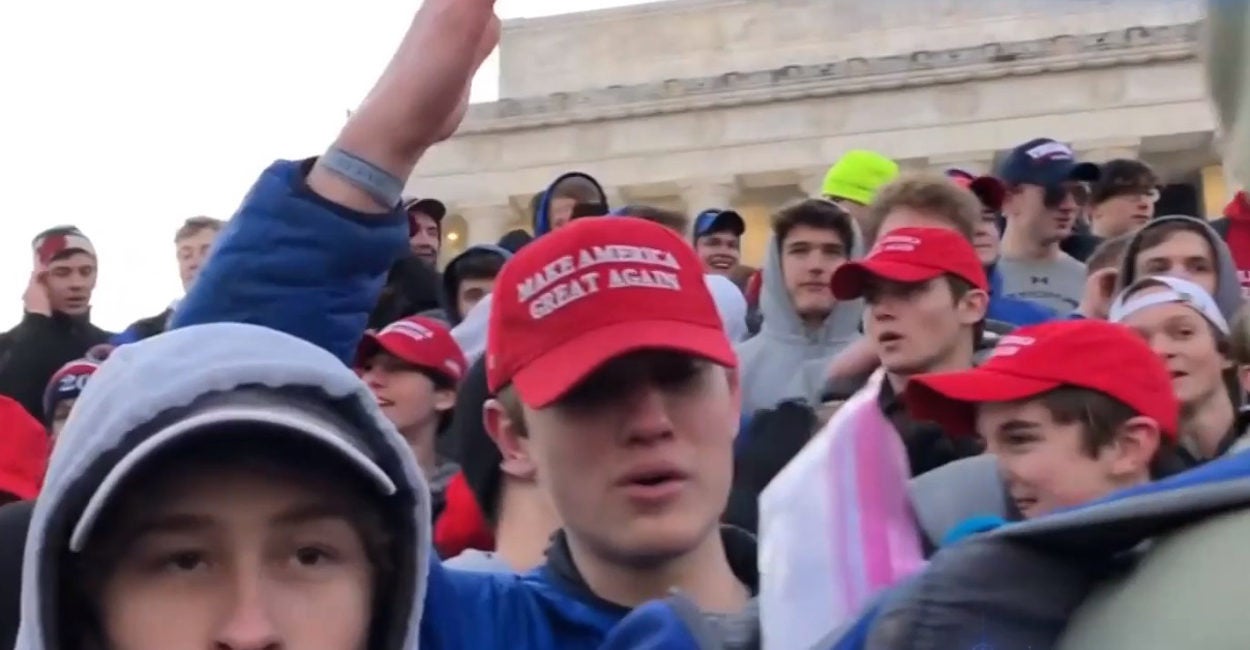 So, when I consider the Covington Catholic School outrage du jour, it isn’t as much about who was right or wrong, it’s that no Catholic with any kind of conscience can get away with wearing a MAGA hat.

For the record, it was those Covington chaperones were wildly off-base. We all know Washington D.C. protests bring out the loons and it doesn’t get much loonier than the Black Hebrew Israelites. They make Louis Farrakhan look a milder version of like Barney the Dinosaur.

When they started spewing their racist and homophobic bilge, those parents should’ve shuffled those children away from the situation instead of simply standing by and laughing.

But back to the hats! Since, I know you all won’t listen to me, let’s move on to what Father Edward L. Beck, a Roman Catholic priest and a CNN religion commentator had to say about them:

I don’t think the boys should have been permitted to wear MAGA hats to the March for Life event they attended. The ‘Make America Great Again’ slogan has become political code for an agenda that is often in opposition with the teachings of the Roman Catholic Church.

The boys attended the march representing a Catholic boys’ school. Any hat donned should have had the school name or a logo identifying them as participants in the March for Life event — not a hat with a logo that may suggest stances not in accord with the mission statement of their school.

The Catholic Church’s pro-life teaching encompasses a panoply of issues such as: abortion, immigration, capital punishment, the environment and climate change, sex trafficking, and the inequitable distribution of the world’s resources. Some claim the ‘MAGA philosophy’ is not in accord with church teaching on many of these issues. Teachers and chaperones from the Catholic school should have discouraged students from, however unwittingly, promoting a questionable partisan political agenda.

Exactly! You can support the President or be a Christian, but you can’t be both! So, decide!

Every time I watch the press go berserk over the Jayme Closs kidnapping, I want to scream “Don’t you realize you’re doing America a vast disservice?”

I understand the rarity of the event leads to this over-the-top coverage. How many 21-year-olds murder two parents on their way to abducting their teenage daughter? But delving into every detail only serves to obscure the reality that these kinds of heinous criminal acts rarely occur at the hands of complete strangers. 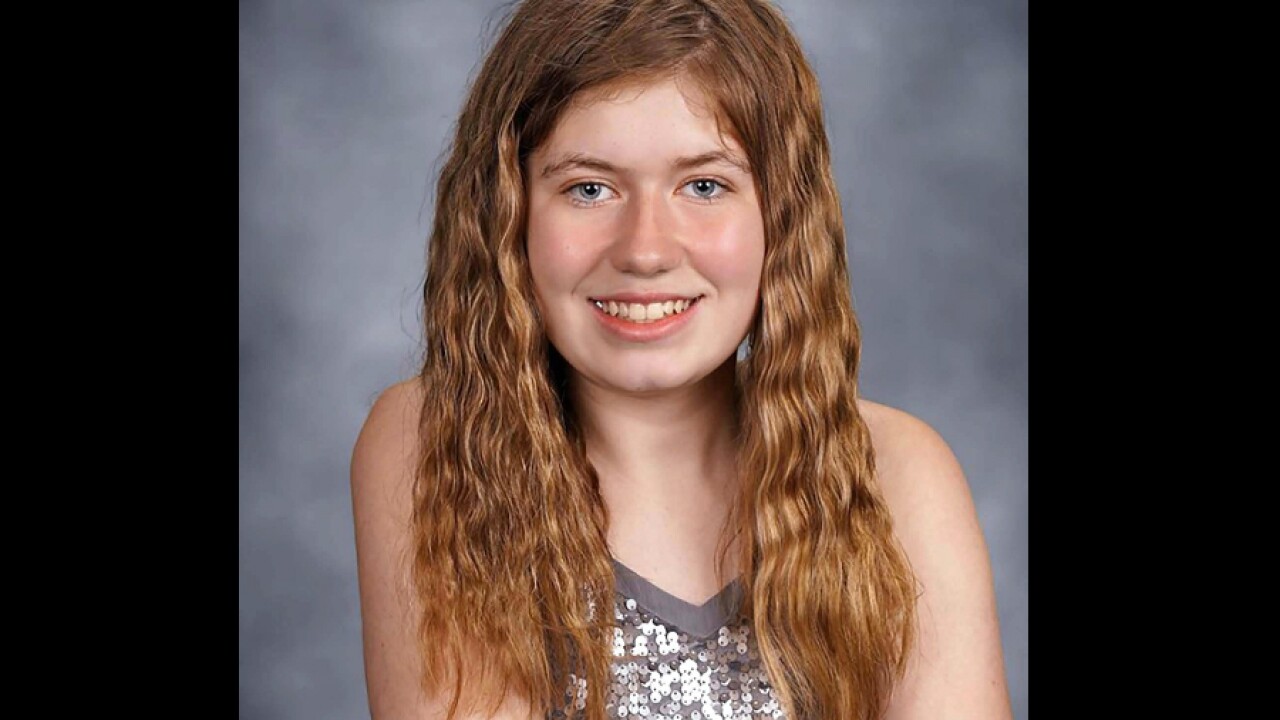 God forbid your son or daughter should ever sexually abused or kidnapped, but if they were, there’s a 95 percent chance they were groomed by a predator who was known to the family. Of the 1,435 child abductions that occur every year, just 205 are perpetrated by complete strangers, and 90 percent of those children are safely recovered.

Not only that, but the odds of a child being kidnapped are 1 in 300,000. Your chance of being struck by lightning in your lifetime is 100 times greater.

So, let’s try to keep this news story in perspective and remember that this kind of danger almost always comes from within.