Let me be perfectly clear about school board candidates

On Wednesday we covered exactly which Geneva school board candidates were backed by the Geneva Education Association. For the uninitiated, that’s the D304 teachers’ union. To repeat, those candidates are:

But when I posted that story, a couple of commenters referred to that slate in some rather unfortunate terms. And I say “unfortunate” because, while I completely disagree with their cause, anyone who has the cojones to run for school board deserves a boatload of credit for doing so.

First, this race covers all of Geneva Township and a bit more, so it’s bigger than a mayoral run. Second you don’t get paid for serving on a school board and, if done right, it can be a very time-consuming proposition.

And third, it’s an utterly thankless job because you regularly have to deal with folks’ two most precious commodities – their children and their bank accounts. To make matters worse, the only time the voters give you any consideration whatsoever is when the press believes you’ve done something wrong.

I have a number of friends on school boards and when they displease me my favorite comment is, “Don’t make me help you get reelected!

So, while I certainly don’t want to see any tax and spend candidate get elected anywhere, you have to give this group credit for giving it a shot. Their lives will not be their own from January 2 through April 1. Campaigning, done right, is an incredible amount of hard work.

Will I reasonably and civilly work against them? You bet I will! But isn’t that the American way?

This board was more than respectful to the teachers

I’m not being bombarded with this contention, but I am starting to hear it on a semi-regular basis. “The D304 School Board needs to treat the teachers with more respect.” In fact, it’s the main reason one of the pro-union candidates is running.

The irony is these well-intentioned folks have it completely backwards.

I’d say five percent annual raises for five years shows a whole heck of a lot of respect. And unlike GEA President Kevin Gannon and too many of the teachers, this Board bent over backwards to keep the animosity to a minimum.

I know these board members far better than most local politicians and it isn’t in this group’s nature to be disrespectful to anyone, much less the educators they will continue to work with.

But here’s the real kicker. Sure, that errant text destroyed the union’s public position, which meant they had to settle quickly. But the federal mediator was also greatly responsible for the settlement that fateful Sunday.

At one point during those intense negotiations, he went to the white board, drew a line down the middle, and wrote “Board Concessions” and “Union Concessions” atop the two columns. It took him awhile to list all of the board’s compromises. But when it came to the Union listing theirs, they couldn’t come up with a single word.

Their side of the white board was pure as the driven snow. And that’s really something when you consider strike mediators almost always favor labor. When faced with the text fallout and the fact they clearly weren’t negotiating in good faith, the GEA finally made an effort to resolve the issue.

Furthermore, I have received no reports of any teacher’s child being harassed on social media, but that certainly wasn’t the case for board members who still have children in the Geneva school system. The threats and harassment got so bad that a couple of them are considering sending their children to private schools.

So, it’s the union and some of the teachers who have a lot to learn about respect – not the board! And if you’re running on that basis, you might want to reconsider your candidacy!

For those of you who don’t speak Czech – and that’s probably all of you – that roughly translates to, “Hello to my Czech friends!” And I offer this greeting because I may not be “big in Japan,” but The First Ward seems to have developed a growing Czech readership. 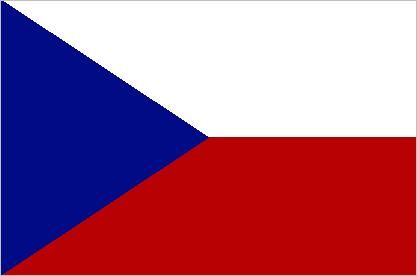 You see, one of the fun things about WordPress blogs is they tell you where your hits come from. And I’ll generally get a smattering from Canada, the UK, Costa Rica (Hi Stephanie!), Ireland, Japan, Mexico, Hong Kong and China. But I’ve been getting up to 60 hits a day from my friends in the Czech Republic.

I suppose if David Hasslehoff can be big in Germany, I can be Czech hit, too!

When I mentioned this to my lovely wife, she suggested I reach out to my Czech readers to ascertain exactly what draws them to The First Ward and I’m going to do just that!

I can’t wait to hear from you!