When, on Left, Right and You yesterday, he basically said there’s plurality of Elginians who adamantly refuse to be happy about anything the City does. To wit, their response to the incoming Farm and Fleet store was something along the lines of, “What! Economic development? That sucks!”

And leave it to the local newspaper to get in on the act! 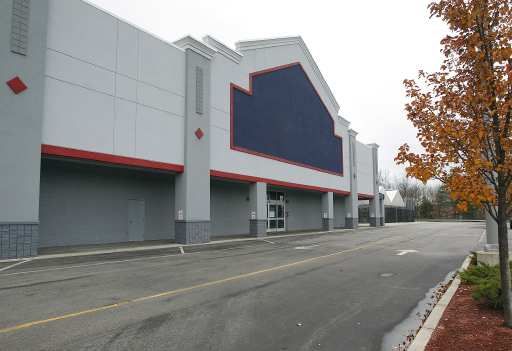 Their masthead blared, “City offering incentives for Farm & Fleet to open in Elgin.” Translated, what that really means is, bribery is the only way Elgin can attract any business whatsoever. And, by the way, though I like to blame these things on the reporters, it’s the editors who concoct those headlines.

Yes! The City will provide the Blaine family with a 25 percent sales tax rebate over the next decade and waive all the building and permit fees, but that deal is no better or worse than what they’ve offered to any similar enterprise.

When you consider that Farm & Fleet is willing to spend $14.5 million to update the old 629 S. Randall Road Lowes site, they’ll bring in 120 jobs with a $3.1 million payroll, they’ll still be paying sales and property taxes, and they’ve never had to close a store, it sounds like a damn good deal to me.

In fact, I’d call it a no-brainer!

But no! Instead of praising the Elgin Development Group and City Council for their excellent effort in bringing in a major retailer without having to offer a ridiculous free-agent compensation package, even the local tabloid fell in with the same local naysayer suspects to find fault with the deal.

All I can say is, “First the Tower Building and now Farm & Fleet?” Good for Elgin!

If you listen to your neighbors or the media, you’d think the entire Caputo’s grocery store empire was about to come crashing down. But it isn’t! 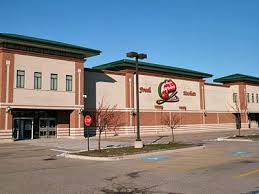 As reported correctly in Crain’s Chicago business, the remaining Joe Caputo and Sons stores in Algonquin, Des Plaines, and Palatine will, indeed, shortly hit the auction block. Apparently failing to pay your produce wholesaler $3.6 million is not a workable business model.

C’mon! Who else sells siapao!

I’ve been hearing the glacier rumble myself and even Rich Miller’s reporting dissension in the General Assembly ranks is causing cracks in that icy partisan façade. (Although if Capitol Fax is “onto something” it’s probably isn’t true.)

In other words, perhaps spurred by State Reps Anna Moeller’s (D) and Steve Andersson’s (R) bi-partisan effort, tiring of the two bullies, some courageous legislators are openly meeting in an attempt to bring the word “dialog” back to Springfield!

One can only hope! We’ll stay on this story folks.

There are Puerto Ricans in Aurora!

You have to understand that I was just chiding my good friend and State Rep Linda Chapa LaVia when I said there are no Puerto Ricans in Aurora. You see, the woman who attends more events than the Pope was heading off to the Aurora Puerto Rican Cultural Council’s scholarship fundraiser and, Aurora’s 2,800 Puerto Rican residents, pale in comparison to the 40,000 of Mexican descent.

So when local attorney and APRCC President J. J. Negron caught my comic comment, he offered to make me an honorary Puerto Rican – “for the right scholarship price,” of course. Intrigued by the notion of being the only bald, white, Semitic-looking Puerto Rican on the planet,  I headed off to the Sunday event at Aurora’s Back Door Pub.

And I can’t tell you how entertaining it was to see so many local politicians behind bars. Ms. Chapa Lavia, Linda Holmes, Bill Catching, Theresa Barriero and assorted others donned the bright orange inmate shirts as they feverishly worked their cell phones to raise that $500 in bail money. 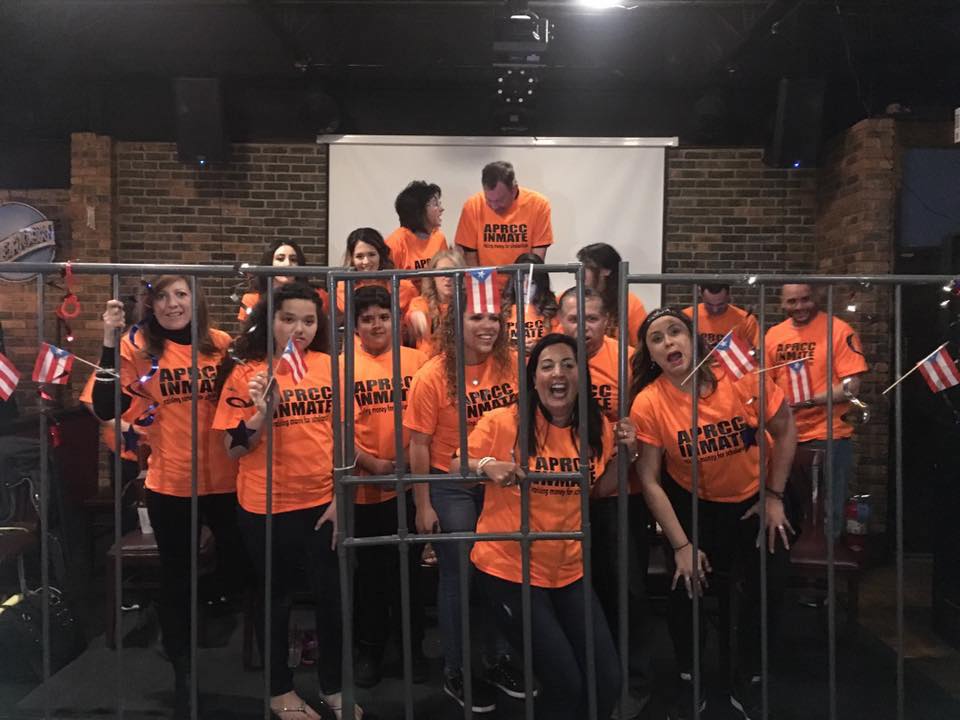 The “prison guards” said I could apply my donation toward keeping Ms. Chapa LaVia incarcerated, but she gave me such a sad look that I couldn’t bear to do it. Then Linda proceeded to buy me the best bloody Mary I’ve had in years which made springing her that much more worthwhile.

All in all, it was a great event that raised almost $10,000 for the Council’s scholarship fund. I want to thank J. J. for the invitation because it’s good to know that there really are Puerto Ricans in Aurora.

Although, I can say with confidence that I’m the only one – honorary or other – that actually lives in Geneva.