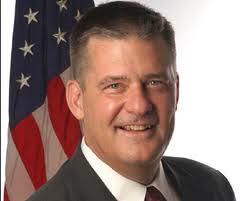 Shit! There I said it. I may not be able to hurl the four letter epithets in a family newspaper, but, within the bounds of reason, I can certainly do it here.  And that pathetic excuse for journalism needs to go the way of the PDA.
At the behest of backers like Denny Hastert, Judy Bar Topinka, Jim Thompson, and Pat Brady, Ms. Eaton and Mr. LaComb, who’ve never had an original thought between them, are doing their best to keep State Treasurer Dan Rutherford out of the GOP gubernatorial race.


You see, the aforementioned group is keen on seeing that Kirk Dillard manages to separate himself from the current gaggle of likely GOP candidates. But now they’re getting nervous because Rutherford is getting all sorts of press as Mitt Romney’s Illinois campaign chair which they perceive as giving him a leg up.
Not only that, but should the Mittster pull it off in November, they know it will put Rutherford in the gubernatorial driver’s seat. So they’re staging a preemptive string on behalf of those rabid Dillard supporters. To wit, the Illinois Review is making statements like:
“So, let’s start with the obvious. Both Rutherford and (Aaron) Schock are not married. Rutherford is 57 years old and Schock is 31. Both have dedicated their adult professional lives to public service.” And “Rutherford was the sole Republican vote in favor of adding “sexual orientation” to the state’s non-discrimination statute. The vote caused a furor, and rumors about Rutherford’s sexuality really began to fly.”
And then there’s this one, “The questions are many. How can anyone really know what someone does behind closed doors? How does anyone know anyone’s particular sexual orientation? Can that orientation change if one pursues an immoral lifestyle? Is it any less wrong to be promiscuous with the opposite sex? Isn’t that perhaps the real question?”
Not only is it some of the most horrific writing I’ve ever borne witness to, but it’s downright despicable.
For the record, Rutherford has repeatedly denied being gay.  But even if he is, what the Illinois Review is attempting to do is beyond the pale and should not be tolerated.  I’d say they should be ashamed of themselves, but they have no shame.
Share
Facebook Twitter Pinterest Linkedin