On the futility of political feuds

Everyone knows there’s no lost love between Kane County Chairman Chris Lauzen and his 25th District Illinois State Senate successor Jim Oberweis. That said, the fact that two high profile elected officials don’t get along is as utterly unremarkable as the sun rising in the east. It’s inevitable, it happens every day, and you couldn’t prevent it if you tried.

But what I do find remarkable is the amount of time and energy politicians are willing to devote to what amounts to be an exercise in futility. Sure! On occasion, someone gets thrown out of office never to be heard from again, but more often than not, like a bad Bond villain, they simply come back to torment their foe once more.

So was I surprised when I discovered that Sen. Oberweis was hosting a fundraiser for Lauzen primary opponent Ken Shepro which included an email invitation slamming the current Chairman? A little!

Because what’s the point?

Despite his persistent delusions of grandeur, the only way Ken Shepro could win that race is if a neutron bomb hit Kane County leaving him the sole survivor. The only reason Ken was elected St. Charles 7th precinct committeeman is because nobody else wants the job.

Let’s really go out on a limb and say Shepro is a viable candidate. He would still go down in electoral flames because Chris Lauzen has grown into the chairman role to the point where the county is humming along as smoothly as I’ve ever seen. And a consistently flat tax levy is unbeatable.

So whatever Jim does on Shepro’s behalf will be for naught.

By the same token, should Chairman Lauzen retaliate by running someone against Senator Oberweis, it will be an equally pointless endeavor. Jim told me he’s running one more time and, given how he’s grown into that job, no one can beat him either.

So why does something The Bard said suddenly come to mind? Please substitute the word “politics” for “life.”

To-morrow, and to-morrow, and to-morrow,
Creeps in this petty pace from day to day,
To the last syllable of recorded time;
And all our yesterdays have lighted fools
The way to dusty death. Out, out, brief candle!
Life’s but a walking shadow, a poor player,
That struts and frets his hour upon the stage,
And then is heard no more. It is a tale
Told by an idiot, full of sound and fury,
Signifying nothing.

Though political feuds are a complete waste of time and energy, that doesn’t mean they can’t be amusing. Case in point! The “Host Committee” list for the impending Shepro fundraiser makes me laugh every time I read it. It’s just the “I hate Chris Lauzen” fan club du jour.

It doesn’t have nearly as many members as they’d like to think, but they certainly are a dedicated bunch. 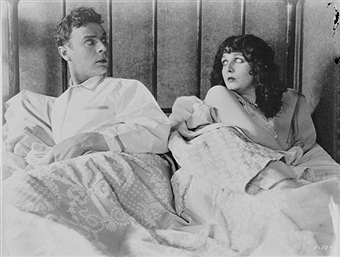 Of course, there’s the usual suspects like Ray and Maggie Auger who will deliver all of two votes. Former Illinois GOP Chairman Pat Brady is good for one. Stan Hickrod still can’t decide what party he belongs to, and Connie Van Keudell can’t spell her own name.

Ah! But the amusing part is, the politicos on that list who, four short years ago, wouldn’t have spit on Ken Shepro if he was on fire!

What confounds me about the latter group is how they justify their eminently fluid loyalties while still being able to stare at themselves in the bathroom mirror. (It’s actually one of their favorite pastimes.)

Thankfully, a political friend solved this allegiance paradox when he explained, “Some folks always have to be on the outside. It’s the only thing that gives their sad lives meaning.”

And there you have it!

If an errant politician had the chutzpah to do what the Daily Herald just did, that paper would be on ‘em like a Trump supporter on a Muslim. 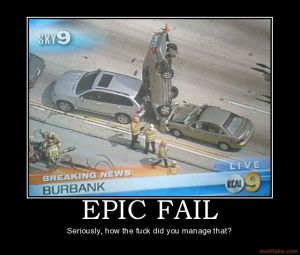 And after all that, they’re still bragging about one of their reporters being featured in a CNN documentary on the subject. Ain’t that a lot like touting the fact that you’re Jeb Bush’s campaign manager?