I really have to give GOP primary candidate Ken Shepro credit for not only recovering from what most folks thought was a coronary death sentence, but for running the kind of countywide campaign that gives bloggers goosebumps!

Ken! Your capacity to reject any reality and substitute your own is utterly unsurpassed. This Chairman and Board gave department heads 2.5 percent raises to match what the union folk got, not the 27 percent your robocall suggested. (And we all know it was your robocall.)

Perhaps you’re confusing this particular form of mendacity with the 35 to 50 percent raises former Chairman Karen McConnaughay doled out to department heads under your tenure as her legal adviser. Not only were you her attorney, but you were the County Board’s attorney and you also toiled on behalf of developers looking for a favorable response from the Chairman and the Board.

No conflict there, right?   I’m glad we finally got this one straightened out.

Does the Elburn Herald matter? Nah!

Apparently, Ken Shepro, auditor candidate Craig Lee, and incumbent coroner Rob Russell believe that running as an electoral trio will carry the day. Call me crazy, but I think their collective efforts run a little more along the lines of Moe, Larry, and Curly. 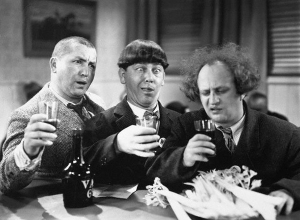 To wit, while Ken and his minions send out all sorts of dire missives to local newspapers, only the Elburn Herald actually prints them. And I’ve gotta give the EH credit for this tactic because, much like that Twain-esque white washed fence, they’re suddenly getting all sorts of free content.

And as long as you’re getting free stuff, who cares about the truth?

But alas, the EH’s readers won’t make a lick of difference in the impending primary despite our intrepid trio’s persistent delusions of grandeur.

Speaking of the Elburn Herald, If anybody really thinks that Kane County auditor candidate Craig Lee wrote that over-the-top letter-to-the-editor depicting auditor incumbent Terry Hunt as the closest thing to the Anti-Christ, I have a bridge over the Fox River I’m willing to part with dirt cheap. 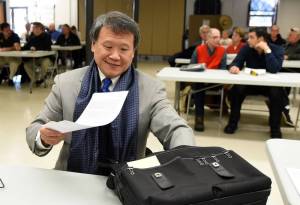 That author was none other than our busy friend Ken Shepro who clearly played Mr. Lee for the kind of political patsy we haven’t seen since the likes of Bob Kovanic. Craig! Much like that proverbial player at the poker table, if you don’t know who the political patsy is, it’s you!

One of my favorite reporters (and that’s a very short list), Susan Sarkauskas, is going under the knife this week to have a torn meniscus repaired. While this kind of thing has become de rigueur, it wouldn’t hurt to send some healing energy her way. All such efforts will be greatly appreciated.

My goal was to get him on Left, Right and You.

We actually had a pleasant conversation until he hung up on me – twice! And I’m such a sweetheart too!

But before he disconnected us, Ken said that no one listens to the show, that he’d take a lie detector test to prove he doesn’t listen, and then he quoted something I said on the show.

First, I would pay good money to see Ken Shepro hooked up to a polygraph machine because one of ‘em ain’t coming out of that confrontation alive. And second, you probably shouldn’t offer contrary evidence seconds after making a stern statement.

So sadly, the readers and listeners who’ve been pushing for an on-air Lauzen – Shepro debate will have to settle for being sorely disappointed. What I can say with certainly is that Mr. Shepro’s refusal to face Larry and me is the clearest case of the pot calling the kettle black I can remember.