Just when you thought Geneva Mayor Kevin Burns couldn’t top his recent performance before the County Board’s Coronavirus Relief Fund Task Force, he managed to make that debacle look like a walk in the park without even breaking a sweat.

But before we get into his latest hijinks, let’s cover some important bases first.

The first is, I would be more than thrilled to see the RIGHT affordable housing scenario pop up in Geneva, but the proposed 8-acre 45 townhome project bordered by the Sterling Manor subdivision, the UP tracks, those Randall Road businesses, and Lewis Road is not the right development for anyone, including any potential residents. 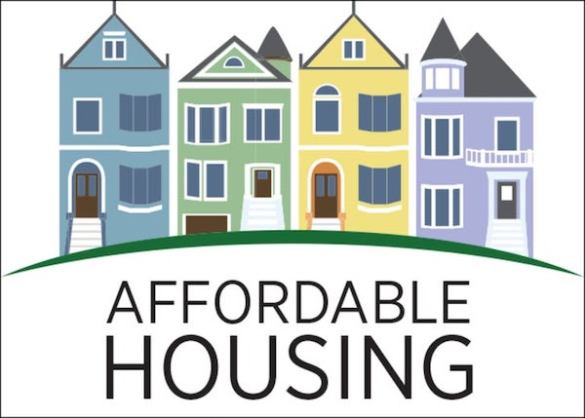 There’s a reason Chicago tore down the Robert Taylor Homes and Cabrini Green and Aurora gave up on Jericho Circle. The public and affordable housing initiatives that are  successful tend to include area churches and social service agencies who work collaboratively with the municipality to integrate new residents into the community.

Another important consideration is, while the Burton Foundation has a great reputation for their senior housing developments, the same can’t be said for the rental-only project planned for Geneva. Word is, they simply let those properties rot.

Armed with executive power to run the City throughout May, the Mayor attempted to circumvent the vote and public comment requirements by pushing this plan through on June 1 when the City Council reconvened. His theory was, by the time folks figured out what happened, it would already be a done deal.

But his coronavirus cover hopes were dashed when the plan went public and a slew of concerned citizens called their aldermen and reached out to yours truly. Matters were further complicated by Sterling Manor residents hiring a law from to review the legitimacy the of the impending land sale/donation.

Now, we’re all caught up!

Though I wasn’t sure about it at the time, as it turns out, donating the land to Burton did require a special three-quarters city council majority, and since that wasn’t about to happen, the Foundation magically came up with the 600 grand required to buy the land outright.

This fiscal shift means that Burns now needs a simple two-thirds majority, or eight votes, for the land sale to pass. For reference purposes, since the ten aldermen AND the Mayor get  to vote on any City-owned land sales, for our supermajority purposes, two-thirds of eleven is eight!

And the Mayor was well on his way to securing those votes until, utterly unable to control himself once again, he single-handedly sent the whole situation sailing into a sea of serious doubt. “What did he do this time,” you ask?

In an attempt to blatantly intimidate the Genevans who sent letters and emails opposing the project, Mayor Burns told City Manager Stephanie Dawkins to publish those missives, pro and con, with all the associated names, addresses and phone numbers included.

And let me tell you, those suddenly outed opposition folks were not at all amused about becoming prime grist for the social media mill. But because these kinds of bullying effort always backfire, instead of simply calling the Second Ward aldermen, that irate group started calling all of ‘em, and that’s caused a bit of a shift to the no-vote side.

To be fair, releasing that personal information is not illegal. Someone FOIAed St. Louis to get the emails they received from citizens ratting out their neighbors and local businesses for violating COVID-19 restrictions, and the City was forced to provide those emails without any redaction.

But the fact that something’s legal doesn’t make it right. Not only was the data release a really bad idea, it was a demonstrable breach of Geneva’s own FOIA policy. And when the Mayor was backed into yet another pitchfork and torch corner, he finally ordered the personal information removed.

But it’s kinda hard to unring that bell now, isn’t it? So, what was once a slam dunk Monday evening vote is now a fraught-with-peril proposition that could go either way.

If I were to add my personal Geneva resident two cents, it would be to ask the City Council to vote against this project for the following reasons.

Please remember that voting against this potential disaster does not mean the fat lady’s sung on affordable housing in Geneva. I would also encourage each of you to reach out to the fine folks at the Aurora Neighbor Project and Geneva Chapel Street Church who have a history of successfully supporting the kind of smaller scale affordable housing projects that actually work!

All that aside, it’s certainly going to be an interesting evening!