No negative comments on any of my posts yesterday? That’s almost as bad as my new batch of neighbors waving at me with more than one finger! Though it probably shouldn’t, it is beyond baffling how anyone can argue with basic math.

Class! If there’s one thing I fervently hope you’re taking away from all this is just how powerful a trend can be. I wonder if Isaac Newton understood his First Law of Motion also applies to our statistical discussions. Put more simply, a trend tends to say in force unless acted upon by an outside force.

And the longer the trend, the larger the force required to disrupt it. 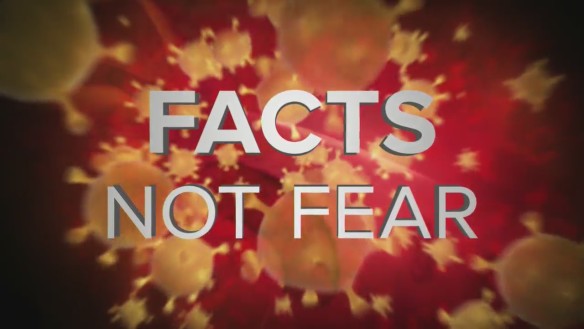 At first glance, yesterday’s number would seem to be mildly troubling, but when you consider another variable, the number of new Illinois coronavirus cases is right in line with our expectations.

Let’s take a look at our updated table:

35,225 Illinoisans have now been tested and the mortality rate did tick up a notch to 1.5 percent. Let’s hope that number holds right where it is. Meanwhile, Chicago continues to move in line with the greater trend.

Our 938 new cases amount to an 18.5 percent increase over the previous day, and while that looks like a bit of leap from that 10 percent, what other number screams out, “I’m not going to be ignored, Dan?”

That’s right! The number of people tested brushed the 5,000 mark for the first time since we started testing people. So, is it any surprise that, with daily testing almost doubling, the number of new cases would’ve also doubled?

The best news is, that 18.5 percent number still sits squarely within our trend lines. But what we can infer from the new testing numbers is, had that level remained around the 2 to 3,000 level, our percentage increase would’ve been just 9.5. That’s another indication of the power of trends and it’s exactly why political polling works. If you have a large enough data sample, you can virtually extrapolate any trend out to the larger population.

That’s why I’ve repeatedly said that statistics – and trends – never exist in a vacuum. Americans may love “outliers” because they’re so much more fascinating that boring “normal,” but despite what the media might make you think, those outliers are quite rare. Put more simply, it’s virtually impossible for countermanding trends to exist within the same population.

With that increased testing Illinois moved up to seventh place in the state rankings, and even though no other state has joined their mortality percentage ranks, Louisiana (4.5 percent), Washington (4 percent), and Georgia (3 percent) continue to be cause for concern. I expected those numbers to flatten out and they haven’t.

None of those three states have a particularly older population and the Midwest boasts the highest national smoking rate. Southerners tend to be more obese, but how does that explain Washington? There’s gotta be something we’re simply not seeing here yet.

So, class! Now that you’re armed with a wealth of new statistical knowledge, when the Chicago Tribune reported that a Rush University Medical Center coronavirus analysis claims Illinois could see 19,000 NEW cases in “a little more than a week,” does that number sit anywhere within the realm of any statistical possibility?

And I wish the media would dispense with all the “we’re all gonna die” bovine manure because it only makes the situation so much worse!

In order for that 19k to come to fruition, we’d have to develop 1,900 new cases a day for ten straight days. And the only way we’re gonna see that number is if the daily percentage case increases suddenly started accelerating upward when all the statistical evidence points the other way.

The bottom line is, we’d have to abjectly abandon social distancing for that kind of havoc to occur, and with the exception of one Chicago lakefront blip, that’s clearly not happening.

But that strange Rush statistical model did get one thing right! Had we not taken all of these coronavirus countermeasures, the number of Illinois infected might’ve skyrocketed to 147,000 instead of our much more manageable 6,000 total cases.

To put this in perspective, let’s look at where we’d be if Illinois coronavirus cases continued to double every day as they last did on March 18. That frightening curve would look something like this:

I’ll stop there because it’s too terrifying to continue. The bottom line is Illinois has done a great job of flattening the curve!

But now is NOT the time to get complacent, my friends! My medical experts, and all the others, predict this thing will peak around April 15th. That means, in order to continue to reap the “compound interest” we’ve frequently discussed, now is exactly the time to double down on our social distancing efforts.

One thought on “Your First Ward Roving Reporter – The trend reinforced!”