I hope you all are sitting down because we’ve been here before, but I swear as soon as Amazon approves the paperback version of ‘So You Want to Win a Local Election,’ it will go live likely as early as Saturday.

It’s gonna be priced a little higher than my business coach and I originally had in mind, but since it costs $33.50 to print a 400 page, 8.5 by 11 book with a number of color photographs, Amazon won’t let us sell it essentially below a $59.95 price. 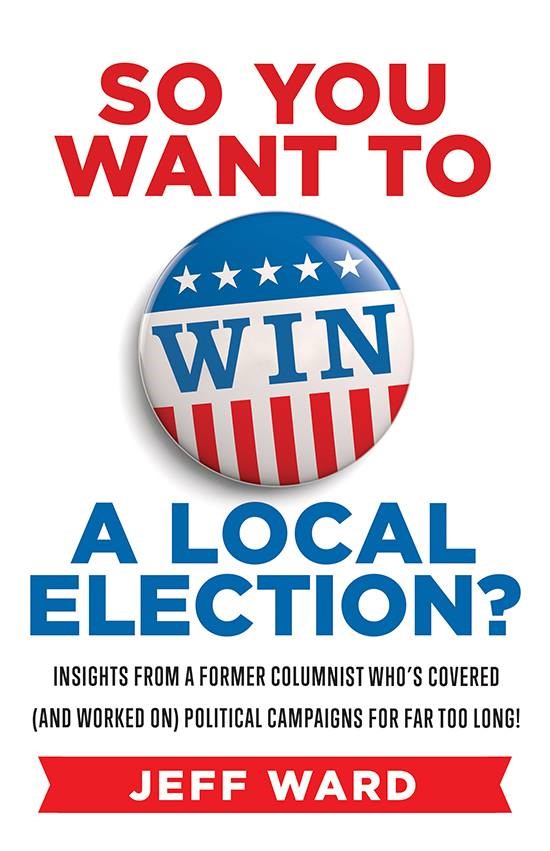 But trust me! Though I might be considered more than a bit biased, it’s well worth it. Campaign managers cost quite a bit more than that and this book covers absolutely every aspect of political campaigning in an outline format. Some of the chapters include:

While other similar volumes provide generic big picture advice, ‘So You Want to Win a Local Election’ is actually a textbook with step-by-step instruction on how to run a successful local campaign.

“It’s gotta be a boring read,” you say? Au contraire! ‘So You Want to Win a Local Election’ employs more than a bit of that legendary Jeff Ward sense of humor and it’s peppered with “Real-world Examples” that not only entertain, but drive the main points home.

Some Kane County, Illinois politicians, might even find themselves in those short passages.

Put more simply, this is the most comprehensive book on local elections ever written. The Kindle and e-book versions will follow shortly!