When embarking upon my first professional countywide campaign back in 2016, then Kane County Board member and current State Senator, Cristina Castro, warned me to avoid the Aurora Democrats at all costs. As she put it, “Those people are nuts!”

But I didn’t listen! Why, my semi-flip response was, ‘Cristina, I’ve covered Kane County politics for ten long years. There is nothing I haven’t seen.” Ms. Castro simply flashed a knowing smile and simply said, “OK!”

All I can say is, I’ve never been more wrong in my entire bleeping life.

By the end of that Coroner campaign, we had to cut ties with virtually all of the Aurora Democrats because they were doing considerably more damage than good. The 2 a.m. drunk phone calls from campaign volunteers were the icing on the cake, too! 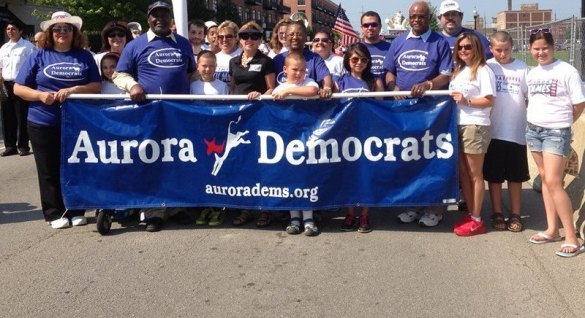 And they certainly haven’t gotten any better. In fact, I’ve never seen a group so magnificently mired in the Einsteinian definition of insanity. Here’s what I mean!

Trust me! I understand that running candidates against your enemies is the height of political gamesmanship, but it rarely works, and it almost always backfires. Just ask Governor Rauner about Sam McCann.

When KC Chairman Chris Lauzen ill-advisedly ran Anita Lewis against sitting board member Don Ishmael, and she won by six votes, anyone who follows local government dam well knew that wasn’t gonna be the end of it.

And sure enough! The Aurora Democrats are challenging Ms. Lewis by running Olynda M. De Hoyos for that seat as an “Independent.” Even though political turnabout is always fair play, this ploy is as futile as becoming a Trump cabinet member.

First, the Chairman and his wife Sarah are formidable and relentless campaigners. And second, the activist supporting Ms. De Hoyos has lost more elections than Lar Daly and Ray Wardingly combined. (Look it up!) His intercession is the fastest way to defeat.

C’mon! If you’re going to play the political tit-for-tat game, you need to consider whether your candidate can actually win the race, because if the numbers aren’t there, the other side’s counter-response will likely hurt the greater cause.

To wit, prior to this development, the Chairman had no reason to focus on any county board race, most of which are done deals. But now he has a reason and it’s going to hurt all of the Democratic candidates.

But while this silly scenario is somewhat to be expected, the latest Aurora Democratic plot is beyond the political pale!

Former County Board member Brian Pollock, who couldn’t even manage to keep his own seat, is championing State Rep Linda Chapa LaVia for Kane County Chairman. And, believe it or not, that movement is gaining momentum.

But Chapa LaVia couldn’t win the Aurora mayoral race where she’s strong, so what makes anyone think she could beat Chris Lauzen where he’s strong? So, what’s the point?

I understand why those Dems are horked off at Lauzen, but to quote the late, great Judge Donald Anderson, “There are times you need to keep your powder dry.” And this is certainly one of those times, Because Democrats are still the minority county party and a motivated GOP provides a rising tide that lifts all Republican candidates’ boats.

If you’re going to start flexing your electoral muscles and taking on Republicans, Chris Lauzen ain’t the place to start! He will be chairman as long as he wants to be chairman.

But I’ve saved the worst for last!

For reasons I can’t possibly fathom, the Kane County Young Democrats, an Aurora-based group, inserted themselves into the eternal battle between Lauzen and Coroner Rob Russell. To quote them, “Lauzen, your time is up. We WILL elect someone to replace you.”

The first question is, why on God’s green earth would a group of Democrats insert themselves into a battle between two Republicans, especially when that fight weakens both? The second question is, since they couldn’t get Chapa LaVia, Pollock, or Ishmael elected/re-elected, and they couldn’t save the Aurora Election Commission, what makes them think they can beat the Lauzens?

Once again, all needlessly entering that fray did is fire up the Republicans who’ve put aside their differences to the point where even Lauzen and KC GOP Chairman Ken Shepro are getting along.

Add the Kane County Democrats absurdly throwing a slew of cannon fodder candidates into the mix, and the once Trump demoralized Republican Party is now firing on all cylinders. And the Dems capacity to regularly shot themselves in various appendages means the lone countywide Democrat who could’ve won probably won’t.

So much for starting with the kind of small victories that lead to larger ones.

The bottom line is, I’ve never run into a political gaggle that has more faith in themselves with absolutely no evidence to support that that faith. Since they own no mirrors and have no self-reflective capacity, they will continue to do the same thing over and over while expecting a different result. And all Kane County Republicans have to do is shut up and watch the Aurora Democrats hang themselves – and every other Democrat – as they almost always do.

All I can say is, I won’t be disagreeing with Ms. Castro again anytime soon!