A win for common sense – I think!

I’m not sure if I should be shocked that Democrat Doug Jones beat Roy Moore in that infamous Alabama race, or shocked that a pedophile lost a senate seat by a scant half-percent (21,000 votes).

But all fence-sitting aside, that in no way changes these truths:

But I would advise all those flexing-their-new-muscles Democrats to hold off on the celebratory backslapping, because voters did not embrace their platform, they simply repudiated Trumpism.

So, while this special election and the Virginia governor’s race are certainly auspicious signs, the current Democratic messaging machine reminds more of a 1987 Yugo with 346,000 miles on it than a 2018 Mercedes S-Class Sedan coming straight off the lot. If Democrats truly want to be the party of inclusion, that includes finding a way to reach all those working-class folks who felt the Party left them behind.

The fact that Moore came that close shows the Republicans are way ahead in the spin game.

All that said, considering this almost impossible Alabama result, real Republicans need to take their party back now, or risk having nothing to take back. The fact that a sitting president, Christian ministers and a slew of Republican Congressmen supported, and even endorsed Moore, should not have been tolerated for even ten seconds.

And if the GOP doesn’t stop pandering to their rabid old white male base, the Republican Party will die right along with them.

A Republican that gets it!

As a result of Elgin Community College Trustee Jeff Meyer’s leadership and capacity to build consensus, that board just voted to keep their property tax levy flat for the foreseeable future. Jeff explained the fiscal math, but you pretty much need an accounting degree to understand it. 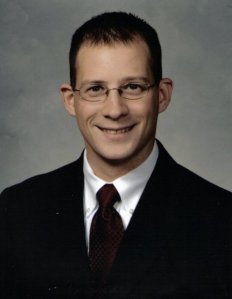 So, while the Tea Party rants and raves about social issues, and those Springfield politicians pay particular homage to the ever deepening partisan divide, Jeff Meyer successfully brought a fiscally conservative policy to fruition.

Take note Republicans! Regularly shrieking about the falling sky ain’t the answer. This is the only way that true political progress ever transpires.

This isn’t the real danger

If you read the papers this morning, you probably saw the story about the 43 year-old Chicago man who attempted to abduct a 13 year-old St. Charles girl as she walked home from the school bus stop. God bless the young woman who escaped her attacker by biting him.

Earlier in the week, as an 11 year-old Naperville girl exited her school bus, she was approached by a motorist who asked if she needed a ride. That smart girl ran to adult who immediately reported it to the police.

These rare incidents are certainly the stuff of parental nightmares, but I want to remind everyone that 85 to 95 percent of sexual abuse victims were “groomed” by their eventual attackers, who turned out to be family friends, an authority figure or a relative.

So, while it’s certainly worthwhile to teach our children about stranger danger, it’s far more important to apply the kind of spider sense that automatically notes when an adult is paying far too much attention to one of our children. A suddenly withdrawing child is another danger sign.

The bottom line is, though those newspaper reports tend to make us fear and believe otherwise, the real sexual abuse threat to our children almost always comes from within.

It only seems to get worse

Insiders are telling me that Lark Cowart’s impending departure from the Kane County State’s Attorney’s juvenile division is sending that already troubled group into a complete tailspin. I want to be clear that my sources do not include Ms. Cowart, who hasn’t had a negative thing to say about her soon-to-be former employer or co-workers. 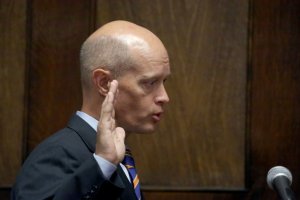 The problem, once again, goes back to absentee State’s Attorney Joe McMahon, who’s far more interested in using his position to move up than he is in serving the people who elected him.

Since juveniles have no political power, and juvenile justice generally doesn’t make the right headlines, McMahon seems all too ready, willing and able to let that division twist in the wind at a time when it really requires his undivided attention.

Thankfully, there’s still time to right the ship, and considering what’s at stake, I certainly hope that turns out to be the case.