At anything other than making flying an absolutely miserable experience, that is. I’ve been covering their vast incompetency going all the way back to my Sun-Times days, and it apparently ain’t getting much better. 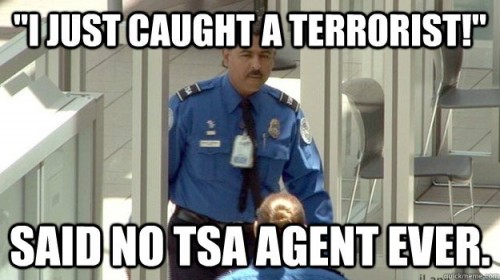 In a recent series of undercover tests of multiple airport checkpoints conducted by the Department of Homeland Security, the Transportation Security Administration screeners failed to detect “smuggled” firearms and explosives 80 percent of the time!

To put that momentous feat into some sort of perspective, the worst Major League Baseball position players are successful just 20 percent of the time. But I suppose that’s better than their beyond dismal 95 percent test failure rate in 2015.

Michigan Congressman Mike Rogers’ massively understated response to TSA head honcho David Pekoske was, “This agency that you run is broken badly, and it needs your attention.” Attention!!??? The whole thing needs to be burned down so it can be completely rebuilt!

So, essentially we’re being massively inconvenienced by an incompetent government organization that couldn’t catch a cold. That sounds about par for the course!

And speaking of sucking

Back in 1978, instead of taking a knee to run out the clock, Giants quarterback Joe Pisarcik inexplicably handed the ball to Larry Csonka who uncharacteristically fumbled. Philadelphia Eagles cornerback Herman Edwards pounced on the loose pigskin, returning it 26 yards for the winning touchdown. 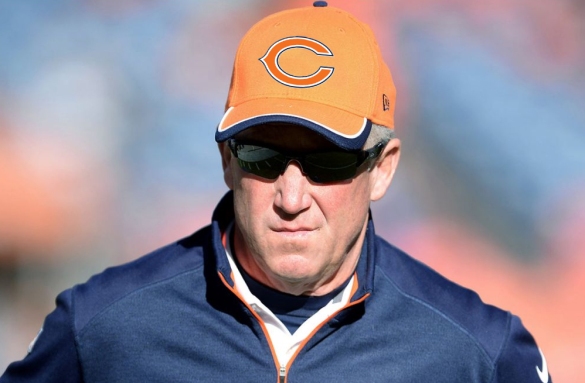 Giants’ offensive coordinator Bob Gibson was fired the next day and he never worked in the NFL again.

Yesterday, with the ball called down on Green Bay’s four yard line, Bears coach John Fox issued a replay challenge that awarded the ball back to the Packers on a touchback.

Why the bleep is he still employed?

You heard it here first!

God bless St. Charles Mayor Ray Rogina for – tactfully – calling out the Krausz Companies for their utter lack of any action in regards to the old Charlestown Mall.

You see, after wringing all sorts of concessions from the St. Charles City council by promising them sure fire dreams of retail glory, Krausz has managed to attract all of one business – a restaurant – to the dilapidated location.

So now, in a turn of events my former radio co-host Larry Jones and I predicted three years ago, the Krausz Companies just told the mayor they’re taking that property residential. The self-admitted hitch in their giddyup is that they don’t know how to build townhomes and condos, so they’re reaching out to a “large, national residential developer.”

Just like they had all those large retailers chompin’ at the bit to come into a dying mall, right?

C’mon St. Charles! Krausz Companies has played you like a fiddle by applying delaying and deliberate obfuscation tactics to get the residential development they wanted all along. And now you’re going to let them get away with it?

I understand you don’t necessarily want to throw the baby out with the bathwater, but most of these development agreements include some sort of stipulation as to exactly when the developer has to start “performing.”

So, use that escape clause to send Krausz packing. It may cause some short term development disruption – though it’s not like they’re doing shit now – but allowing a company to manipulate you in this obvious a fashion would set a far worse long-term precedent.

This is my email to the Geneva City Council who are not only raising taxes, but they’re about to hire a very expensive assistant city manager:

Please explain why we need a sales tax OR a places for eating tax hike, but not raising taxes at all isn’t an option? There is so much bloat in the Geneva City budget that you all should be insisting on tax cuts. Remember! You represent us, not city employees.

St. Charles has kept their levy flat for nine straight years and Kane County has done it for six. As city staffers love to say, “We need to bring Geneva in line with surrounding government bodies!” If you need me to appear at a city council meeting to explain where those cuts can be made, I’d be happy to do so. 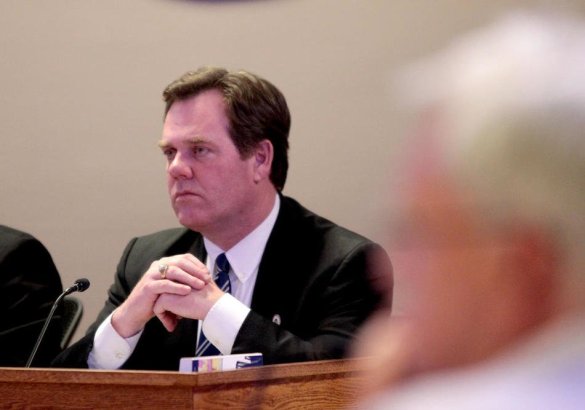 Another tax and spend “Republican!”

But then, to make matters so much worse, while you’re choosing between Scylla and Charybdis, tonight, you’re going to vote on whether to hire an assistant city manager to the tune of 200 grand in salary and benefits. Once again, considering “surrounding communities,” neither St. Charles, Batavia, South Elgin, Elburn, North Aurora, nor West Chicago require an assistant city manager.

And most of those municipalities are significantly larger than we are!

So why do we need one? The simple answer is, we don’t! And the consultant, bought and paid for by Geneva staffers, contention that those other towns simply call assistant city managers something else is patently wrong. Geneva has all those kinds of employees, too!

As is my right as a citizen of this often odd city, I will recruit a 2019 or 2021 opponent – and manage their campaign at no charge – to run against any alderman who votes for an assistant city manager or another tax increase. And I’m way better than Joe Stanton at getting people elected (though that’s not nearly setting the bar high enough.)

It looks like I already have a mayoral candidate (it’s NOT Tom Simonian).

What the City of Geneva really needs are tax cuts, and we don’t need an assistant city manager for a mere 21,700 residents. Thank you!

Since one of the aldermen invited me to this evening’s Committee of the Whole festivities, I’ll be there to convey those very thoughts.