The Aurora Police Department and Chief Kristen Ziman were dead wrong when they denied Beacon-News reporter Hannah Leone’s FOIA request regarding a dashcam video taken prior to an APD traffic stop that led to an exchange of gunfire.

The Geneva Police refused a FOIA request on similarly silly grounds and I made verbal mincemeat out of them. It got to the point where the Attorney General was responding to my GPD FOIA appeals almost immediately, when it typically takes them six weeks.

And please tell me what the hell Chief Ziman was thinking when she decided to go after Leone on Facebook, Twitter and her own blog? It’s not that I disagree with anything she said, it’s that it’s not the kind of thing any public official should ever do.

Talk about lending credence to a reporter and newspaper who clearly don’t deserve it! 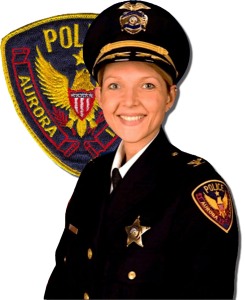 The fact that you don’t like a FOIA request – or the reporter who issued it – is utterly immaterial to the statute. And our fine chief discovered exactly what can happen when you argue with eminently fragile people who buy ink by the barrel.

So, now the folks at the Beacon suddenly decide to stop phoning it and grow a pair? It musta been incredibly difficult to take a break from producing those three whole pages of “news” just six days a week.

They lambasted Ziman for being a bully, made snarky comments about her new journalism critic career and then they sanctimoniously declared the Beacon-News stood for truth, justice and doing whatever it takes to inform the people at every turn!

If only any of that were true!

Meanwhile, I am a media critic and I’ll be happy to weigh in.

The Beacon-News isn’t on some holy crusade to “inform the people” – they’re simply trying to get enough Internet clicks to keep their jobs. And they’ll do whatever it takes to keep them. When I think of all the local stories the Beacon fails to cover – the current county budget process, for example – it makes me weep for the days of local journalism gone by.

For all the Tribune’s unyielding unctuousness (look it up!), because they purport to uphold the standard, the Beacon-News’ consistent ethical lapses make them exponentially worse than any police chief on the planet.  To be more specific:

1. Their reporters consistently get it wrong. Even Steve Lord, who was one of the best, can’t be bothered to get the facts straight any more. They hire the cheapest folks they can find and then they get exactly what they pay for.

2. Columnist Denise Crosby has a well-known propensity to repeatedly go after anyone who offends her delicate sensibilities. Look what she did to D131 School Board President Annette Johnson. It was downright libelous. The rest of her blacklist is far too long to enumerate here.

3. Instead of taking the time to build real sources, their reporters use any contentious angle to get clicks. If it means having a little fun with the facts, they’ll do it without a second thought.

4. With no real sources, these young reporters fall prey to peripheral players like former Alderman Rick Lawrence and his lackey Akif Malik, who press a specific anti-Aurora agenda. That would go a long ways towards explaining why a typically overwhelmed suburban reporter would file so many APD FOIAs.

The bottom line is, like most of her young peers, Leone is basically incompetent, and her editors know it. Her shotgun FOIAs haven’t uncovered a bloody thing. She can’t write – every paragraph is a run-on sentence – and it takes a machete to make it through one of her pieces.

“Alone, Pamela Page-Daddezio drove 5 miles from her West Side Aurora home, across the Fox River, to the East Side house she calls the “devil’s playground.”

How about, “Pamela Page-Daddezio drove the five miles from her West Side Aurora home to the East Side domicile she describes as the “devil’s playground” alone.” It wasn’t that difficult to make that sentence readable, now was it? 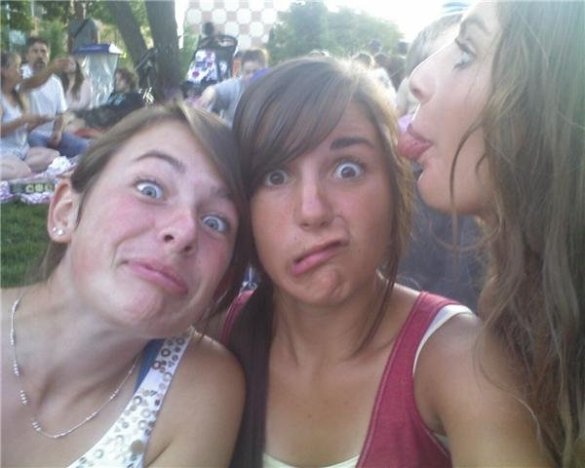 I believe Ms. Leone is the one looking professional on the right

Again, I’ve never met Ms. Leone and I have nothing against her, but much like I’ll never play centerfield for the Chicago Cubs, she’ll never be a real reporter – or a writer, for that matter – either.

So, while Chief Ziman was wrong on so many levels, I utterly understand her frustration and misguided effort to vent. She’s not nearly the only public official who regularly laments how these young reporters get it wrong even if you lay out the story in a way a sixth-grader could understand it.

To make matters so much worse, they have no concept of building the kind of relationships that lead to real sources. Despite my vast notoriety, because I have a reputation for performing my due diligence and telling the truth, I rarely have to resort to FOIA requests. I get the information simply by asking for it!

Before you hit the send button, I’m so far from sainthood it ain’t funny. And I’m certainly nothing special – we’re only talking about reporting basics here. But if I had to regularly deal with someone like Leone, who doesn’t begin to understand the level of her own incompetence, I’d get ticked off too.

And even though those Tribune and Beacon-News editors know exactly who and what they’re dealing with, they won’t say a thing to the big bosses because they want to keep their jobs. And what would they do to a third-level patronage bureaucrat who did the same thing?

So much for journalistic ethics and standards, right?

Her social media diatribes were a poorly conceived and ill-advised attempt to curse the loss of the relationships she used to have with the old school journalists who knew and understood what it meant to be a reporter. That’s it!

I’ll keep on saying it! You can work with, and perhaps even fix, nefariousness, but you can’t fix ineptitude. (I know I usually say “stupid,” but I’m trying to be nice.)

So, suddenly those Tribune editors believe the APD is an embarrassment to Aurora? No! That would be the Beacon-News. The biggest mistake Chief Ziman made was thinking anything they print actually matters.